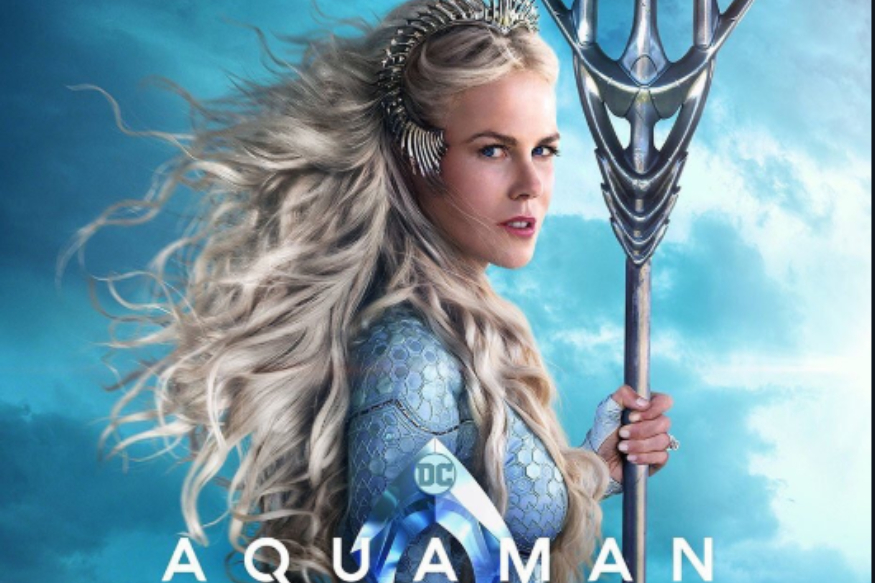 We saw glimpses of Aquaman in Batman vs Superman dawn of justice and Justice League and now we get a chance to look deeper into Aurthur Curry’s world and his origin. The film also revelas Aurthur’s family history, where fans will get to see his mother, queen Atlanna, played by Nicole Kidman.

Nicole Kidman stars as the Atlantean royal whose fight for freedom sets off the whole origin story. Kidman said “She’s a queen, but also a mother who has to sacrifice and being with her son to save him. That’s a big theme here, that sacrifice, what that costs a person and what that does to the family. I love the character because of her strength.  James (director) always said to me that Atlanna is the heartbeat of the story, which I thought was lovely.”

Interestingly, Nicole always wanted to do a superhero movie. When the makers of the film started the casting process for the role of Atlanna, they were looking for an iconic actress to play this part, who could bring gravitas to the role. When the makers learned that Nicole Kidman wanted to work with James, they reached out to her, and she was on board.

The superhero held a lot of appeal for the actress, who says, “I’d just done two very dramatic films and step into this world was really a fun opportunity.  James showed me some of the storyboards and said, ‘This will prove to you that I was always thinking of you,’ because he had drawn me. How do you say no to that?  And I love him, I love his energy, his enthusiasm, what he’s putting out into the world. He’s an auteur and applies himself with such passion and so much knowledge.  And he’s so good-natured, so it was an easy choice for me. Plus, he told me we would be shooting in Australia, which of course, for me, was like, ‘yes please!’”

Aquaman is all set to release pan India on December 14 by Warner Bros. Pictures, a week ahead of the US release  in English, Hindi, Tamil & Telugu across cinemas in India in 3D & IMAX 3D.