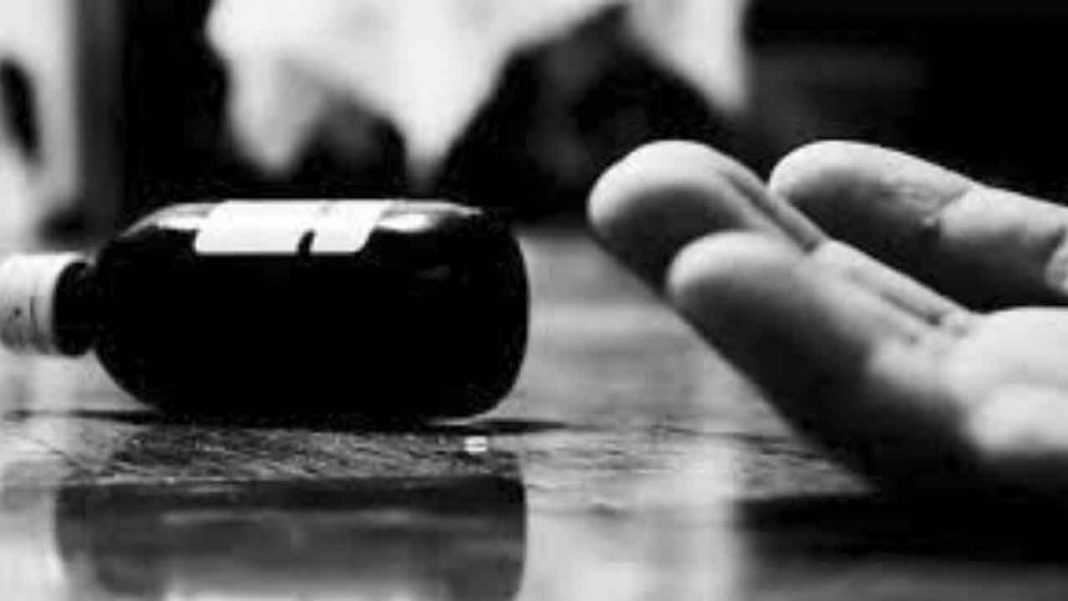 A husband in Vadodara committed suicide after fight with wife over consuming liquor.  He hanged himself from the hook of the fan after the wife asked to stop drinking before their grown up daughter. Gotri police is further investigating in the matter.

As per details Ranbirsinh Chauhan lives in Rangavdhutpura near Diwalipura along with his wife and two children. He works as driver and become liquor addict. Everyday he involved in fight with his wife over his drinking habit and on Friday the couple had a heated argument over the same.

Heavily drunk Chauhan had heated argument with his wife and she asked him to stop it before their grown up daughter. Badly hurt by the comments he went to the third floor and hanged himself from the hook of the fan. The family informed the Gotri police and they further investigating in the matter.