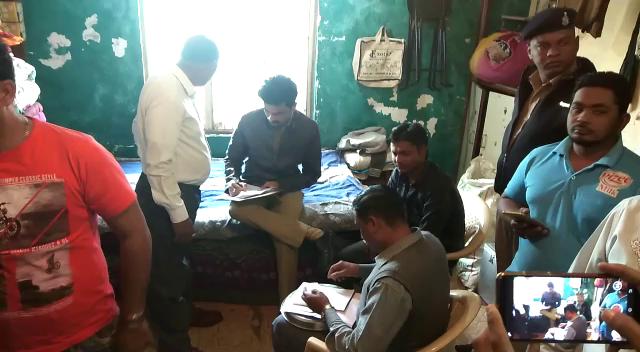 Suspected his wife for having an affair the husband killed her in Vadodara. Both quarelled oftenly and on Thursday he murdered her. Panigate police arrested the accused and further investigating in the matter.

As per details Salim Sheikh 55 lives with his wife Shamimbanu 50 and son Rafiq 20 at Bawamanpura in Panigate area of Vadodara city. His two daughters are married and living with their families. Both often involve in frequent quarrels over suspicion of wife having an affair outside.

Rafiq helps his father in his plumbing work and on Thursday went to Narmada Bhavan for some work. Meanwhile both husband wife quarrel again and in a fit of rage Salim chocked his wife with the wire of mobile charger and then slit her throat with kitchen knife after she felt unconscious.

Daughter of deceased said they moved to Vadodara just one and half years back from Pavi Jetpur. Her parents quarrel frequently as his business is not running well in the city. They are planning to move back to Pavi Jetpur on 30th December but the ill fated incident happened inside their home.