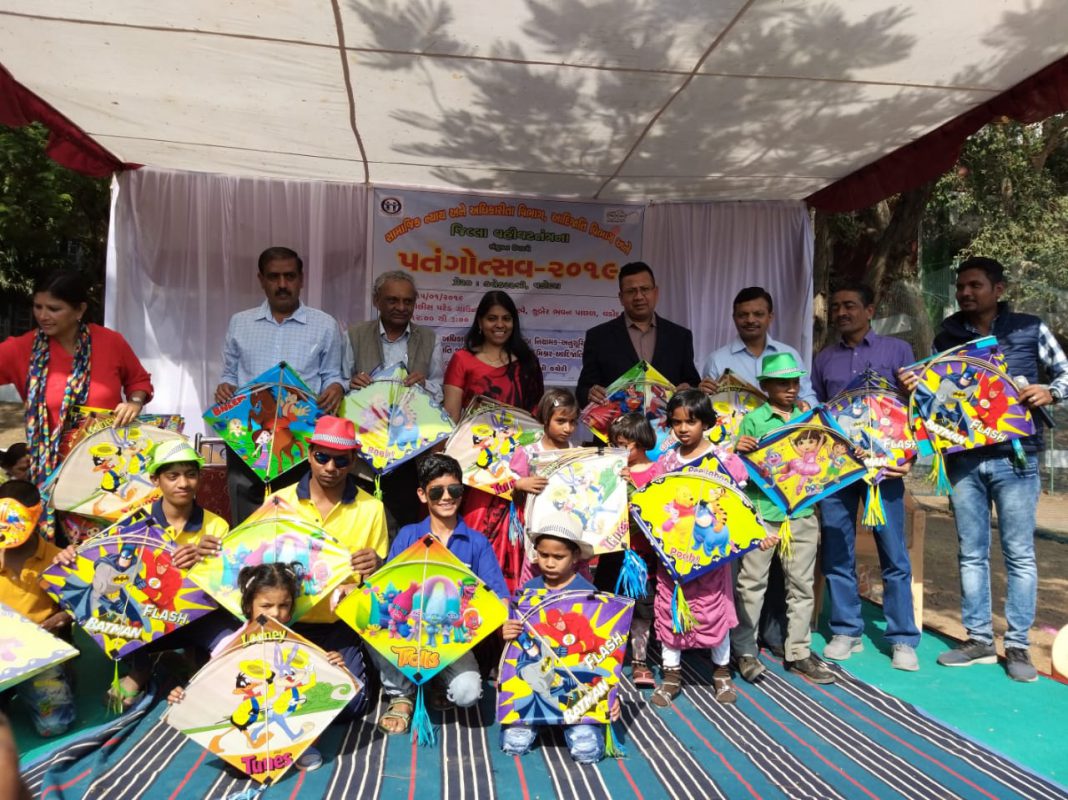 Hundreds of deprived children enjoyed the kite flying in Vadodara with the district collector Shalini Agrawal and police commissioner Anupam Sinh Gahlaut in first ever festival organised in the city. The programme was organised under the aegis of Collector office along with various other departments working towards the welfare of such children.

The collector and commissioner remain present there with the children and fly kites with them to bring smiles on their faces. The deprived kids also found solace in the company of the officials and enjoyed the festival with great enthusiasm.

Social defence and tribal development department runs around 12 child welfare and care organisations and collector is said to be the protector of them all. The first ever kite festival for them at police parade ground at Kothi was attended by hundreds of such children and they enjoyed the time in the company each other and their teachers.