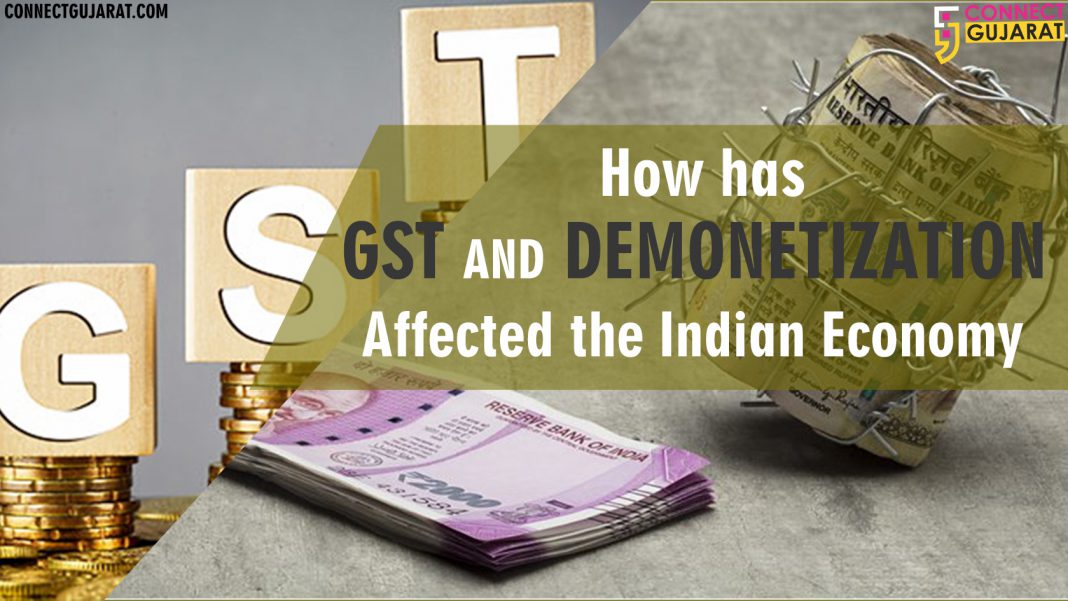 GST and Demonetization are some of the biggest reforms that werebrought about in the Indian economy by the present NDA led BJP government. Like any other reform, when anything new is being introduced into a very large economy like India, there will be certain uneasiness that would prevail in the economy. But one should always remember that, in spite of all the temporary glitches, these reforms would benefit all sections of society in the long run.

GST is the abbreviation of Goods and Services Tax. The GST was implementedon July 1, 2017. The new tax subsumed many Indirect taxes that were levied on the common man. The process of taxation was made simpler. Keeping the concept of federalism in mind, the GST has this concept of State GST(SGST) and Central GST (CGST). There are different slabs of the different goods and services that are rendered by an economy.

Ups and Downs of implementation of GST:

Certain sectors of the economy benefitted a lot from the Indian economy whereas there are certain sectors of the economy that suffered some temporary losses in the Indian economy. The recently concluded Union Budget 2018-2019 made it sure that the sectors that had a huge setback in the period of implementation of GST, was given a lot of relaxation and special policies and schemes were announced for the betterment of the people who are involved in those sectors. This makes it clear that the government cares for the well-being of those who were affected.

Demonetization refers to the scrapping of the old 500, 1000-rupee notes and replacing them with new higher denomination notes. The idea is to bring the entire nation under the purview of the banks. The banks are the powerhouse of an economy. The demonetization had other noble causes too, like curbing of terrorism and to block and to decreasethe number of illegal transactions that happen in the country. The plan of Digital India can be fostered by this initiative of the government and that every transaction made by the individual would be recorded in his/her accounts. The demonetization gave the push that was needed for the implementation of GST which had only been on the papers for a long time.

Thus, one can conclude that though these plans initially gave some amount of uneasiness in the Indian economy, the long-term benefits that an economy that too a growing economy likes India can gain from these plans are amultitude.