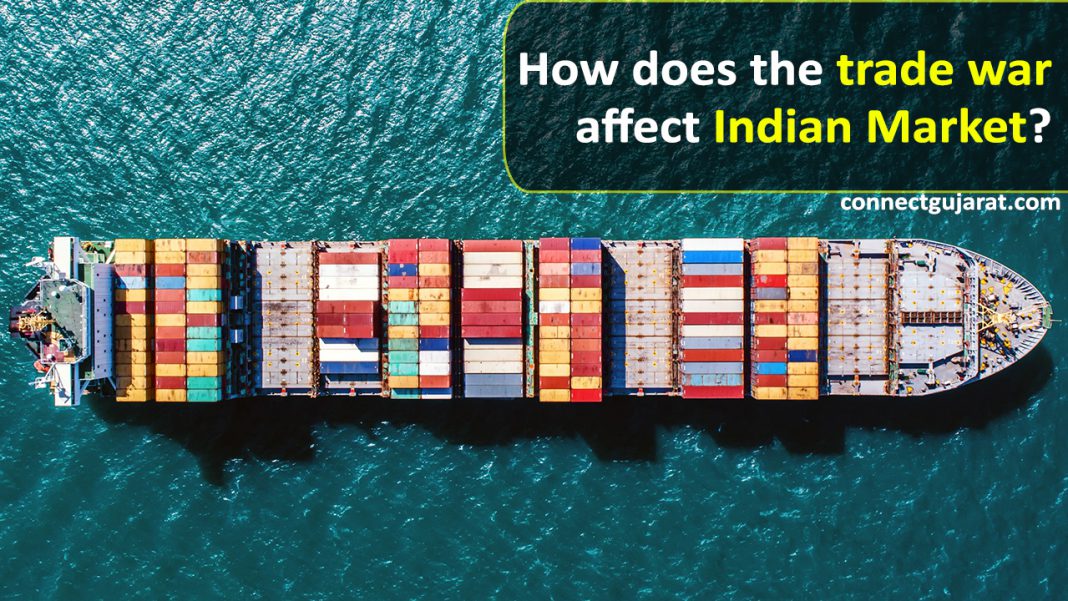 The Trade War is not something which is a newer phenomenon. It has always been in existence since times immemorable. But, since the world has moved on to a stage where the countries no longer believe in crossing borders and fighting against each other, trade war has to be given its due importance. There are a lot of reasons that need to be looked into in the ongoing Trade War of the US with China and UK. There are a lot of reasons as to how India can benefit out of this war.

It is a known fact that the USA imports most of its non-automobile items from China. The USA almost imports four times as to what it exports. The United States is not ready to tackle the dumping action of China. This is why the US decided to impose a lot of tariffs on China. By imposing a huge amount of tariff, it becomes pointless for China to export a lot of goods to the United States of America.

This is the chance India needs to grab to take over the position of China. The Indian Government maintains cordial relationships with the Government of USA. Moreover, India is badly looking for export zones to tackle the devaluation of Indian rupee crisis. Moreover, exports need to be increased in order to balance the imports.

India is facing the issue of surplus. This is why farmers have been protesting for an increase in the Minimum Support Price. There is always a good demand for Indian produce in the markets abroad. So, this is how India can use the situation of Trade War to her benefit.

The Make in India Initiative is aimed at increasing the exports of Indian goods. When the products manufactured in the territories of Indian soil is exported to the USA, and then India can pose a tough competition to the other players in the US Market.

When a greater number of workforces are deployed, then the Indian workforce output can be increased drastically. The population is one of the biggest strengths of India. The government can make a lot out of the varied workforce.

So, one can say that the trade war can affect the Indian Market positively when the government makes plans to create the best of the available chances.