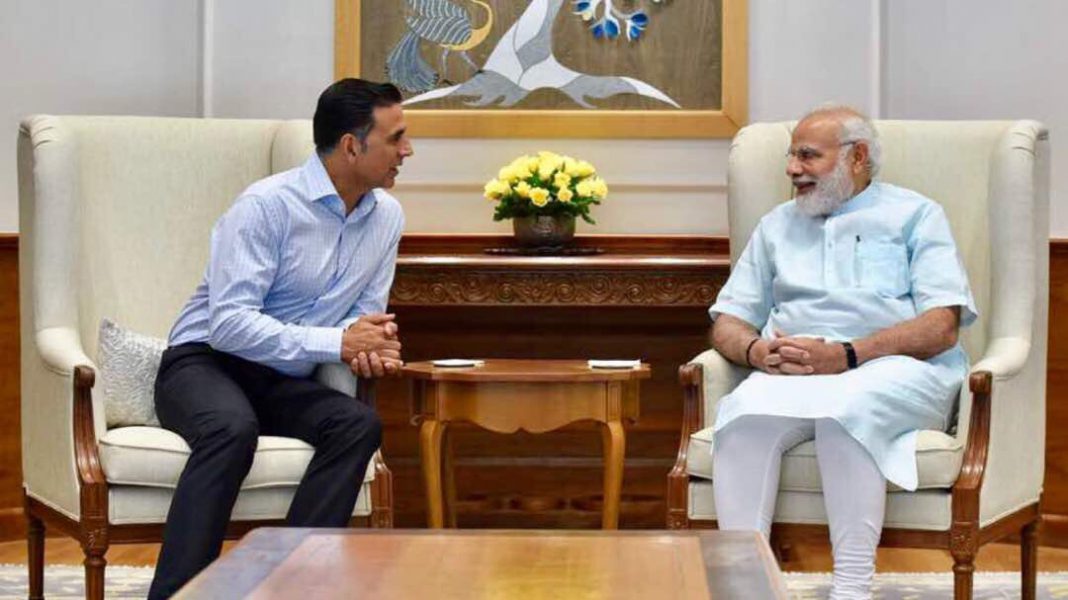 Bollywood actor Akshay Kumar recently met PM Narendra Modi and shared his photo with him on his twitter handle and specially mentioning thing is its caption.

Akshay Kumar, while sharing photos, wrote that “Met PM Narendra Modi and got the opportunity to tell him about my upcoming ‘Toilet-Ek Prem Katha.’ His smile at just the title made my day!” Akshay Kumar is holding the mission of Prime Minister’s ‘Swatch Bharat’ campaign through his next film ‘Toilet: Ek Prem Katha’. They are going to illuminate the importance of toilets through their film. In the film Bhumi Pednekar in lady lead role, and Shree Naryan Singh is directing the film.