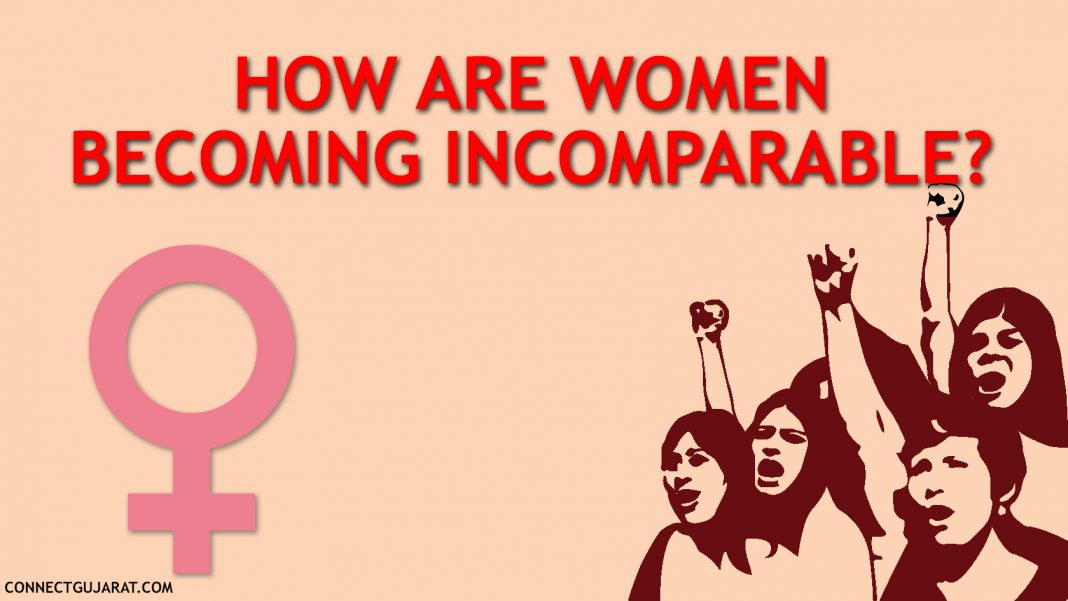 Women were already incomparable. They are becoming even more incomparable these days. This is a sound topic of discussion these days owing to the rise of new day feminism. The women have some in born abilities that set them apart from others. Due to the suppression in the mid-age, women were not able to accomplish a lot they actually can. Now that the world has become easily accessible, women are reaching greater heights and the society; the government is also taking a right needed measures. A timeline of how women were and women are.

According to Rig Veda, a married woman is the companion of her husband. Marriage provides the opportunity to enable communication of thought and feeling between the two. Wife and husband lived together for developing love which is not merely flame meeting flame but spirit calling to spirit. During the Vedic period, women did not suffer from disabilities. Sastras did not allow the husband to marry thesecond time but with the consent of the wife.

During the Muslim rule, women were confined to home. The women became the target of Muslim Kings’ lust. Her position deteriorated during the British rule. Women became backward. The rulers preached women’s inferiority because they wanted that the generations should remain backward.

With the dawn of freedom, a serious attempt has been made to emancipate women. Hindu Code Bill entitled to share the property of their parents and the right to get judicial separation. Dowry system is legally banned.

In India, a committee for International Year of Women was constituted with representatives of 33 organizations. The Committee has recommended that giving and taking dowry should be a cognizable offense, provide free legal aid to women in distress and set up one home for women in each State Capital.

The Union and State Governments have rightly been laying much stress on women’s education. Country’s all-round progress depends on the education of women.  The setting up of separate schools for girls, many more girls could be enrolled. The Separate Schools for girls in the villages where the parents are so orthodox that they do not send their daughters to school because of the prejudice against co-educational institutions and this had prompted that the schools would have women teachers only.

Thus, this shows how women were and always are incomparable, the problems that they face only prevent them from achieving.