Hotel owner in Vadodara accepting 500 and 1000 notes from customers 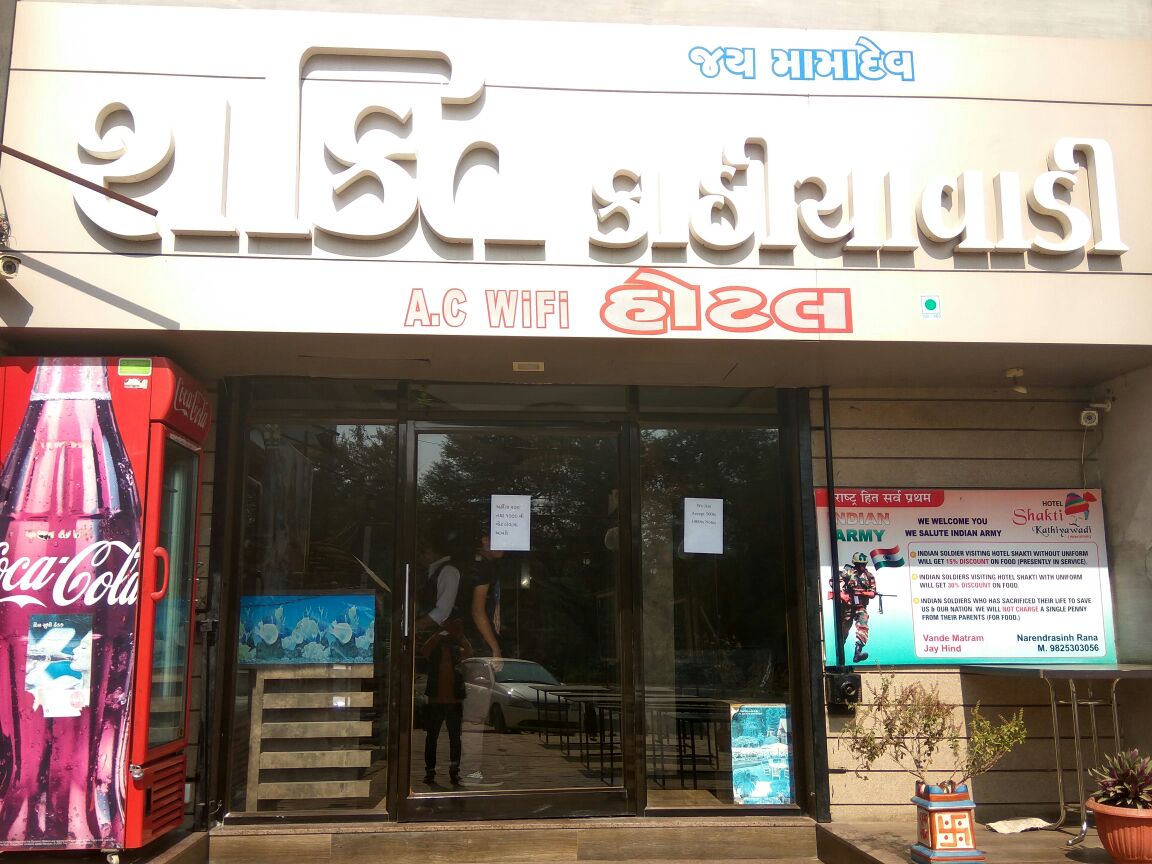 After the government decision to withdraw the 500 and 1000 rupees notes people are in so much of trouble to use their old currency in hotels and restaurants all across Vadodara. In this crunch time a hotel owner in Vadodara is accepting the ban currency from the customers who are coming for food in the hotel. Moreover he fed the people free of cost who don't have money with them. People in Vadodara are facing lots of troubles to change their currency for newly introduced one. The long queues outside banks and ATM'S prevent many to stay at their homes. However many also are in delima to use the old currency in hotels and restaurants fearing it's acceptance. During this tough times a hotel owner in Vadodara started a noble initiative to accept the old withdrawn currency from the customers coming to his hotel for having food. Situated near Golden cross roads in Vadodara the owner of 'Shakti Kathiyawadi hotel' Narendrasinh Rana have putted a board saying 500 and 1000 rupees notes are accepted at the hotel. Rana said that they are accepting the old currency notes and handover the remaining change to the customers. I want that no one leave from my hotel without eating. "I saw a news in a paper that a old man was standing empty stomach in line for getting a change of 1000 rupees. It shook me from inside as how persons are suffering of not having change with them. Then I decided to accept the 500 and 1000 rupees notes from the customers coming to my hotel. My efforts are not to send anyone empty stomach from my hotel," said Rana. The customers also appreciated the step by the hotel owner in Vadodara. "I came from Kutch for work in the city but facing trouble due to 500 and 1000 rupees notes. But here the hotel owner was humble enough to accept the 1000 rupee note after having lunch here," said Hasmukh Bhai. The hotel offers free food to the family members of Martyrs, 30 percent discount to the family of Airforce, Army and Navy comes in dress and 15% to the families without dress. Now in this trouble time the hotel opened it's door to the people having problems in getting change for the old currency.