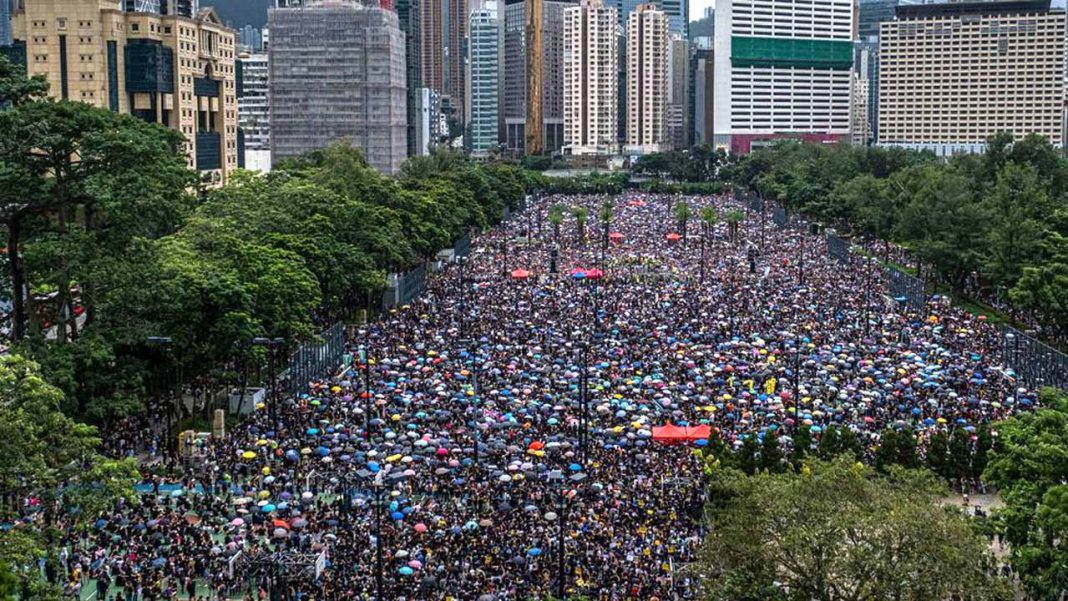 Thousands of demonstrators chanted slogans and marched through a downtown Hong Kong shopping district on Sunday in defiance of a police ban, as shops shuttered amid fears of renewed violence in the semi-autonomous Chinese territory that has been unsettled by months of protests. 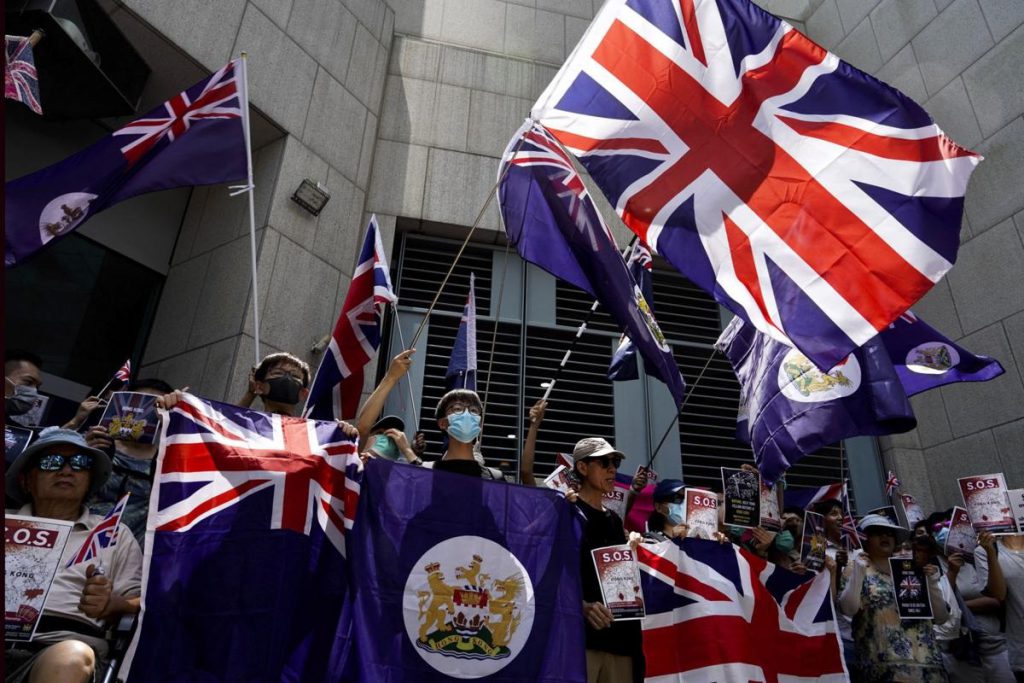 A mixed crowd of hardcore protesters in black and wearing masks, along with families with children, spilled into the roads of the Causeway Bay shopping belt. Some waved U.S. and British flags, while others carried posters reiterating their calls for democratic reforms.

Police had turned down a request by the Civil Human Rights Front to hold the march but the demonstrators were undeterred, as they have been all summer. The march disrupted traffic and many shops, including the Sogo department store, closed their doors.

As the crowd approached the police headquarters nearby, police raised a flag warning that they were participating in an illegal gathering but protesters just shouted slogans and kept walking.

The protests were triggered in June by an extradition bill that many saw as an example of China’s increasing intrusion and a chipping away at Hong Kong’s freedoms and rights, many of which are not accorded to mainland China.

The government promised this month to withdraw the bill, which would have allowed some criminal suspects to be sent to mainland China for trial, but protesters have widened their demands to include direct elections for the city’s leaders and police accountability.

There have been increasing clashes between protesters and Hong Kong’s police, who demonstrators have accused of abuses. More than 1,300 people have been arrested since June.

The unrest has battered Hong Kong’s economy, which was already reeling from the U.S.-China trade war. It is also seen as an embarrassment to China’s ruling Communist Party ahead of Oct. 1 National Day celebrations.

Earlier Sunday, hundreds of protesters waved British flags, sang “God save the Queen” and chanted “U.K. save Hong Kong” outside the British Consulate as they stepped up calls for international support for their campaign.

With banners declaring “one country, two systems is dead,” they repeated calls for Hong Kong’s former colonial ruler to ensure the city’s autonomy is upheld under agreements made when it ceded power to China in 1997.Demonstrators held similar rallies Sept.1 at the British facility and last weekend at the U.S. Consulate.

On Saturday, pro-democracy protesters and supporters of the central government in Beijing clashed at a shopping mall and several public places. Police arrested more than a dozen people and hospital authorities said 25 were injured.

The clashes amid the mid-autumn festival holiday came after several nights of peaceful rallies that featured protesters belting out a new protest song in mass singing at shopping malls. Thousands of people also carried lanterns with pro-democracy messages in public areas and formed illuminated human chains on two of the city’s peaks on Friday night to mark the major Chinese festival.