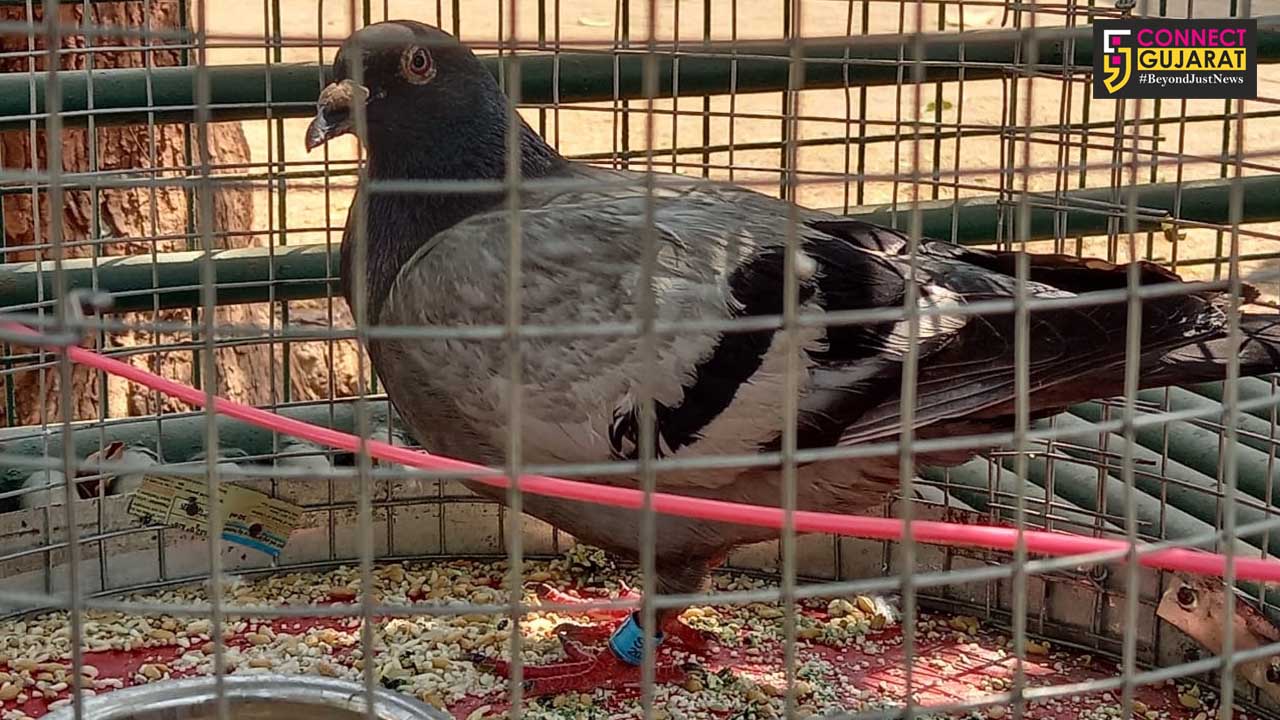 Will be send to FSL Gandhinagar for further investigation

A Homar pigeon was found in a company near Gopipura village in Halol taluka with a tracking device and numbering ring stuck to it claws. The foreign breed pigeon is presently with the Shivrajpur forest department and process is on to send the bird to FSL Gandhinagar for further investigation.

As per details given by Raj Bhavsar from Gujarat SPCA, they received a message about one Homar pigeon found inside a company near Gopipura village in Halol. He along with the Shivrajpur range RFO reached the company and took the pigeon to the veterinarian in Jambughoda.

The doctor removed the ring in the pigeon's one leg carefully and found it was a micro device chip. The other ring on the second leg has some words written in foreign language. The pigeon will be send to the Gandhinagar FSL for further investigation.

Raj Bhavsar said, the rings are seems to be something like a scanner or a research device. But all will be clear after the FSL investigation. He believed the Homar pegion might be separated from its breeder and land inside the company for water. At present the spying angle is not there but they are taking the pegion to Vadodara for x ray to fully sure about having any chip insert inside.