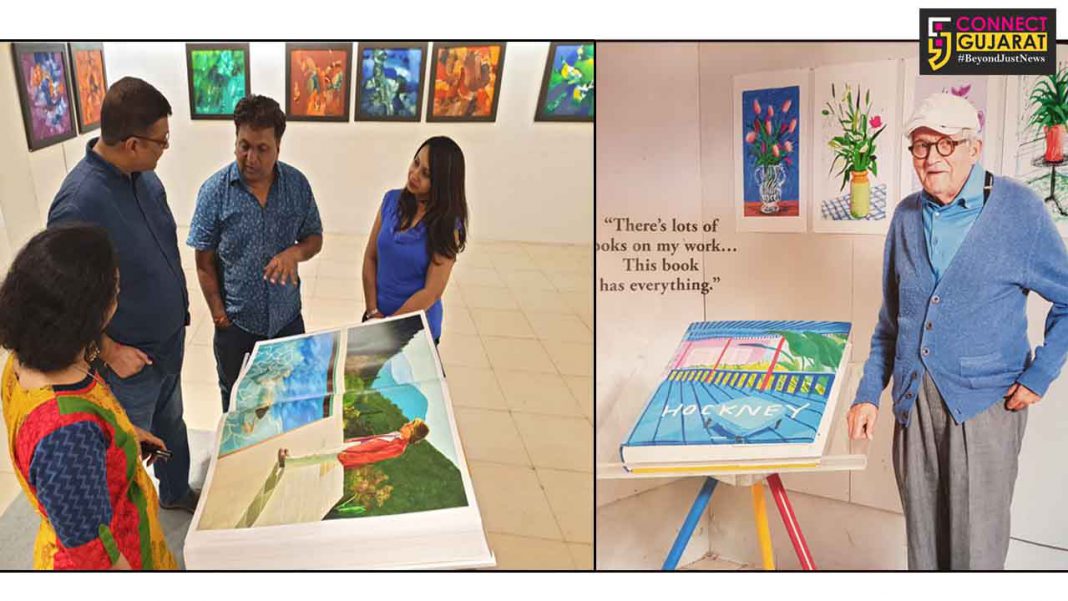 Hitesh Rana the owner of popular art gallery in Vadodara is now a proud owner of the limited edition book of popular British artist David Hockney. One of the main feature of the book is the 1972 painting “Portrait of an Artist (Pool with Two Figures)” sold for whopping 672 crores and become the most expensive work by a living artist ever to sell in auction.

Rana a art collector purchased the signature book for 2.70lakhs comes with a beautiful stand. The book weighs around 35kgs and is 2.5 ft long and 2ft tall. The book has 450 works in 498 pages and is an exclusive collection for any art collector.

Rana also launched and has the unique preview of the book titled DAVID HOCKNEY ‘s SUMO. Sumo is A UNIQUE book that stocks  more than  60 years of works by the artist.

The book is a limited edition of 10,000 numbered copies, each signed by DAVID HOCKNEY. One of the signed copies is now at the Sarjan Art Gallery.

David Hockney is an English painter. His IMP contributions were to the POP ART movement in 1960s. He’s considered as the most influential British Artist of the 20th century.