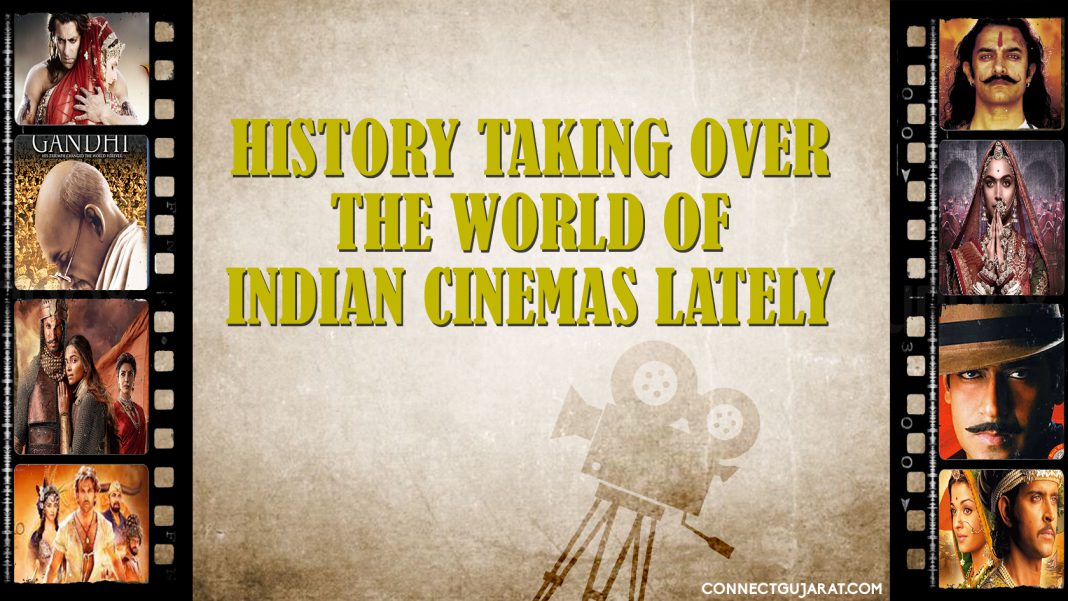 Indian Cinemas is one of the largest movies producing industry in the world. Bollywood is one of the largest film producing industries in the world. Bollywood is closely followed by Tollywood and Kollywood. The genre that has been the all the time of the Indian film industry was horror. The recent trends show that the people are becoming great fans of history-oriented movies. The recent flicks that released recently stand as a testimony to that fact.

Recent history movies that did well in the box-office:

In all the languages of the Indian film industry, the history genre did well. There are few of the films that crossed more than 100 crores at the Box Office.

Movies like Bahubali, Rudramadevi, Magadheera are blockbusters. There are so many reasons owing to the success of the films. The excellent sound system, the picture quality, the cast, cinematography,and direction are the ways by which one can say in short about the features of the films. Take Bahubali for example, there was a gripping storyline with some dosage of cultural heritage, instilling values of family in one’s life, great bgm, scintillating music that made entire India love this film. We live in a fast-moving world where people don’t have the time to sit and read books on history to know about them. Moreover, the intermixing of various cultures made one to sit and contemplate on what has happened in the previous era.

Bollywood has been producing historical extravaganzas for a long time. There are many who fans of history areon the northern side. It is a known fact that the North Indian households are glued to the Television sets when an epic based serial are on the run. This has given the space for the filmmakers to take movies on history.

But of late, there seems to be a common complaint on the Bollywood film fraternity for adding fictional content to the historical context that gave rise to many conflicts amongst the religious sects. In spite of all the commotion that is created, the movies still do well at the Box office. It gives out a signal to the filmmakers that one should be extra careful with films that deal with history.

The recent fad towards history is because we live in a globalized world where people are interested in knowing their roots. The filmmakers should be responsible and take movies that enlighten the masses.