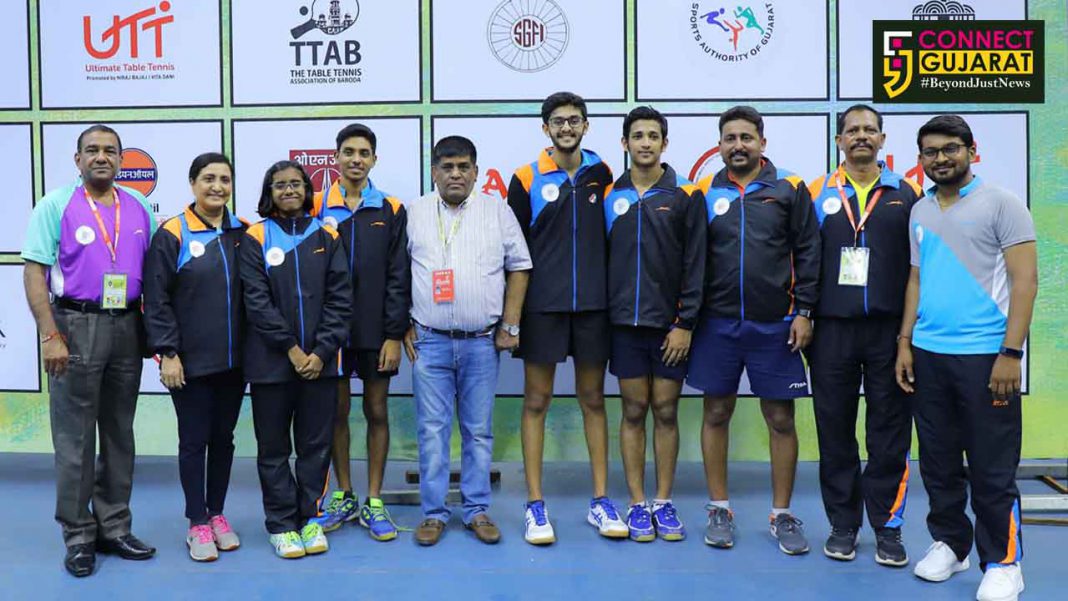 Excellent demonstration of skills by Indian Boys and Girls paddlers to secure bronze medal in Team Championship event. It was a memorable day for the young Indian paddlers as their dream come true by defeating Chinese paddlers. It was also joyous moment for the audience for watching fabulous victory by the Indians.

In mixed doubles quarterfinal, 3-Tamal Ballav & G. Karruna who are representing India entered in semi-final by defeating Zhang Shang / XU Yuhan (Chn). Both the players played consistent. The set score was 3-1 with game score 11-6, 7-11, 11-9, 11-5. In boys section, Indian paddlers, 2-Akash Pal & Chitrax Bhatt (Ind) entered in the Semifinal by winning CHAN Ming Lai & SOO Hok Lung (Hkc) in the boys doubles quarterfinal. Though it was a tough match, the Indian paddlers not allowed the Hong Kong-China pair to overcome and play their favourites strokes like Akash’s backhand flick and Chitrax’s forehand topspin and dominated the opponent in straight set 3-0. The games score was 11-7, 12-10, 15-13.

In girls doubles event, 3-G. Karruna & Namna Jayswal (Ind) lost against FAN Wing Sze & Li Cheuk Tung (Hkc) by narrow margin in quarterfinal match. The game score was 11-5, 8-11, 11-6, 8-11, 7-11 set score was 2-3. The match was excellently played by both the teams. In the end of third game, India was leading by set score 2-1 and in the fourth and fifth games the Hong Kong-China players were excellent in forehand / backhand rallies and stopped the progress of Indian paddlers.

Indian paddlers have shown excellent performance and still have a good opportunity which can be grabbed in the ongoing UTT 6th Asian School Table Tennis Championships-2019 held at SAMA Indoor Sports Complex, Vadodara from 13/08/2019 to 21/08/2019.