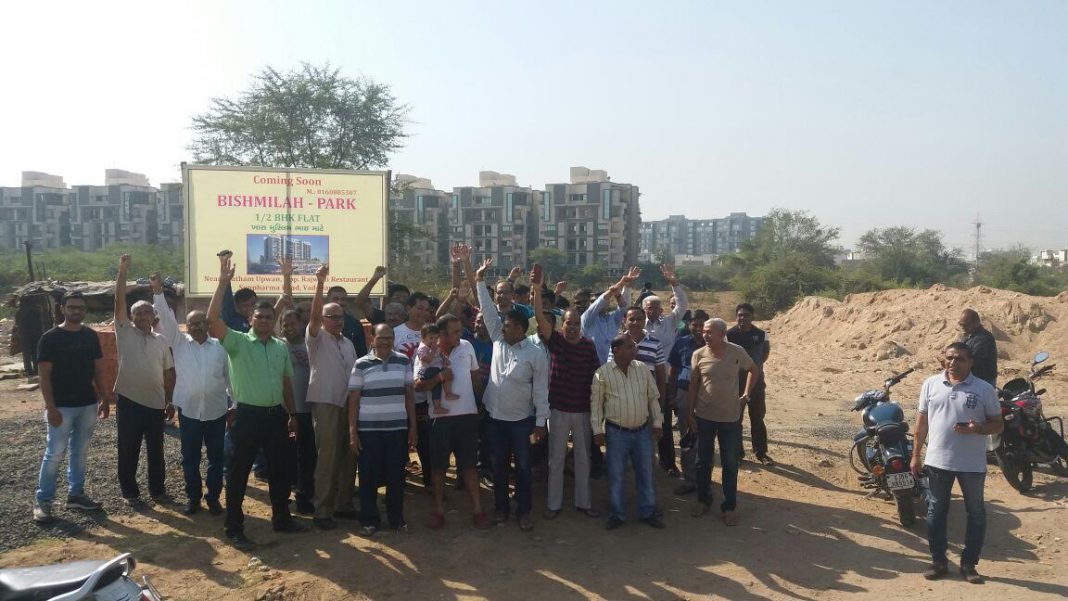 “We don’t want second Tandalja here”, said residents of 100 of societies at Sun Pharma road who came out on road on Saturday morning in Vadodara. The residents are protesting against the two Muslim societies under construction there.

Local resident Mehul Desai said that there are about 100 societies like Shreeji Darshan, Pratham Upvan, Darshanam Elite, Pratham Enclave, Narayan Villa and others with Hindu population.

In between there are two open plots where probably two societies Bismillah Park and Salman Park is under construction. The local residents are in shock after see the two Muslim society boards put up there at the locality.

Mehul Desai further said that there area is silent zone and nearby there is Tandalja area with majority of Muslim people living there. They don’t want a second Tandalja in there area and hence they raised there protest against the construction.

He further said that Hindu Ekta Samiti of the societies decided to protest about the construction of the two Muslim societies and demand not to construct it further. They also decided to give a memorandum in this regard to the collector and Municipal Commissioner as well to the local Councillors and MLA’s of Vadodara city.

The local residents committee also said that they will going to represent their demands before the collector and Municipal Commissioner and if their demands were not met then they will knock the door of court. They said they don’t want to make second Tandalja here.

On Saturday morning around 200 residents of the area raised their protest and strongly opposed the construction of two Muslim societies in the area.