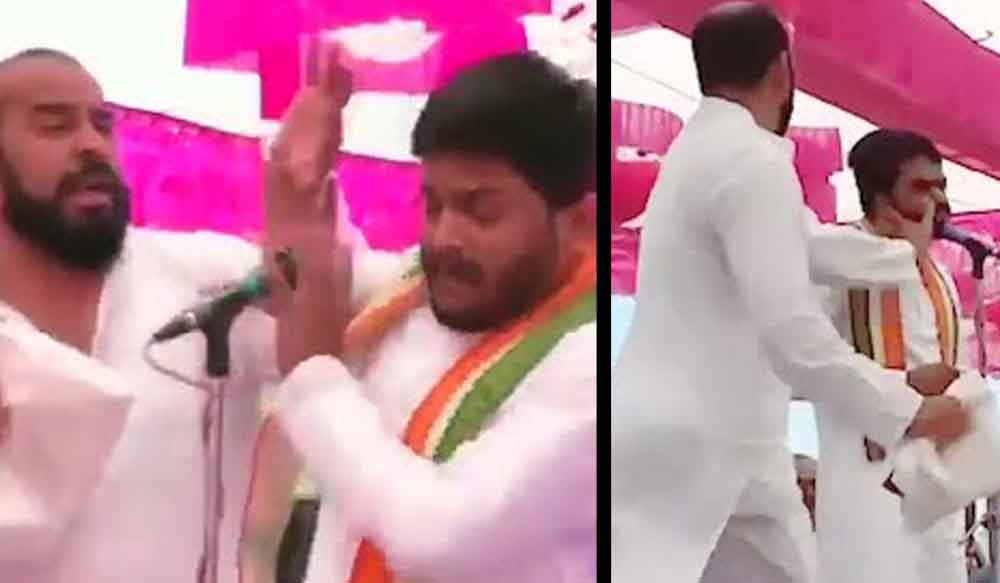 A hindi speaking person slapped the Congress star campaigner Hardik Patel on stage at Baldana in Surendranagar. Patel was adressing a public meeting when the person appeared suddenly on stage and before anyone can imagine slapped him in public. Surendranagar police later detained the person after some youths and women beat him at the venue.

It’s a shocker for the Congress star campaigner Hardik Patel when a person slapped him on stage during a public meeting at Surendranagar. The incident spread like a wildfire in all across the country as Patel rose to fame after spearhead the Patidar agitation demanding reservation. He recently joined the Congress party but the decision not goes down well for many in Gujarat.

After the incident Hardik Patel talked to Connect Gujarat and attacked BJP for planning the whole conspiracy as they don’t like that a 25year old speaking against them. He said the BJP is also planning to kill him with the help of sucide bomber like Rajiv Gandhi.