Himachal Pradesh gears up after forest fires in Uttarakhand

The Principal Chief Conservator of Forests (PCCF) of Himachal Pradesh, Dr Savita has alerted against forest fires in the state after Uttarakhand saw a raging forest fire. Forest fires in some districts of Himachal, like Solan and Mandi, have already been doused in the last 48 hours. The state’s forest department has already activated a […] 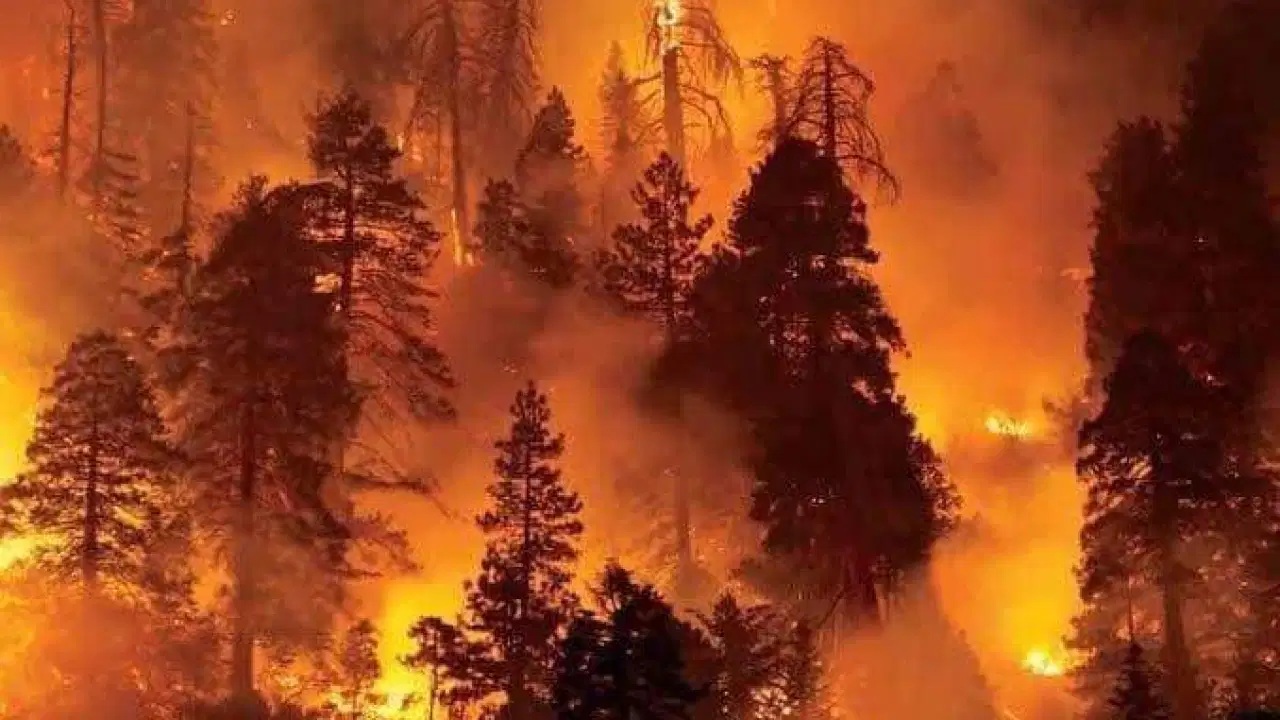 The Principal Chief Conservator of Forests (PCCF) of Himachal Pradesh, Dr Savita has alerted against forest fires in the state after Uttarakhand saw a raging forest fire.

Forest fires in some districts of Himachal, like Solan and Mandi, have already been doused in the last 48 hours.

The state’s forest department has already activated a satellite-based fire tracking system which is the country’s most dependable technology for tactical response to forest fire incidents on a real-time basis.

“Keeping in view the dry spell in the region, we have started monitoring the locations prone to forest fires from April 1, at least 15 days in advance. By now, we have exact data on most of the vulnerable areas. There is a quick response team from the ground forest personnel, DFO, conservator, and even the PCCF”, she said.

Dr Savita also held a review meeting with all the forest circles to take stock of the preparedness of the department.

“Our rapid forest fire fighting force, rapid response teams, and approximately 40,000 man-days of fire watchers are in complete readiness along with the frontline staff for preventing and combating forest fires. The state disaster control room with toll-free number 1077 at the state level and 1070 at district level are fully operational for reporting of the forest fire by the local community”, she said.

Reportedly, 88 forest fires have broken out during the past week. These incidents occurred in the districts of Mandi (particularly Sarkaghat), Solan, Sirmour, and Shimla.

In at least in two incidents one at Sarkaghat on Sunday and the other at Solan, a major forest loss was averted because of the timely and collective efforts of the forest officials and villagers.

Dr Savita said a proposal has already been sent to the Additional Chief Secretary (Revenue), who is also a state-level disaster management authority, to sanction funds and approve SoP for requisition of helicopter services for a dousing of the fires in all future emergencies.

Provision of special vehicles, water tankers, fire tenders, and other forms of vehicles for quick mobility have already been made for the staff in fire-prone forest areas. Kangra, Hamirpur, Solan, Mandi, and Sirmaur are going to remain under close watch.

As per data available with the forest department, the period between 2015 and 2017 saw the maximum incidence of forest fires in the state which consumed thousands of hectares of forest cover.

A total of 1542 cases of fires were reported in 2016-17 alone, and 13,061 hectares of the forest cover was burnt, apart from loss to private properties, habitations and domestic animals.

This year, sporadic fires were reported in March in districts like Kullu and Shimla.

Union Home Minister Amit Shah in a post on Twitter said that he has spoken to Uttarakhand Chief Minister Tirath Singh Rawat and offered him help to control the forest fires with NDRF help.

So far, five people and seven animals have reportedly died due to the raging forest fires in Uttarakhand.

In February- March this year, the forest fires were also reported in Odisha in the Simlipal National park.