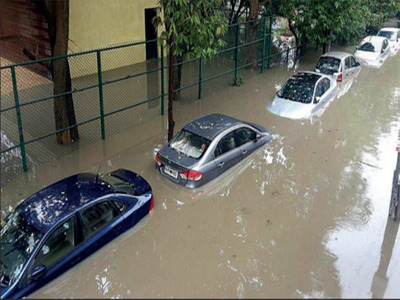 This year many parts of the country received heavy rains which leads to floods. On Tuesday, heavy rains lashed Bangalore, which broke all the records of last more then 100 years. The rains was the highest rainfall of the last 127 years.

So far it has rained to 44.8 MM in August, but after Tuesday’s rains this figure reached 128.7 MM (monthly figure). Before this, that much raining happened in 1890. It is said that on Tuesday there was 184 MM rainfall.

From estimated rain in August 88 percent of that rainfall was on Tuesday. Rain started from 11 o’clock on Monday and continued till Tuesday 4 am. Earlier on August 27, 1890, there was t h e historic 162.1 MM rainfall in Bangalore. After heavy rains, about 40 boats have been planted for rescue in the entire city.