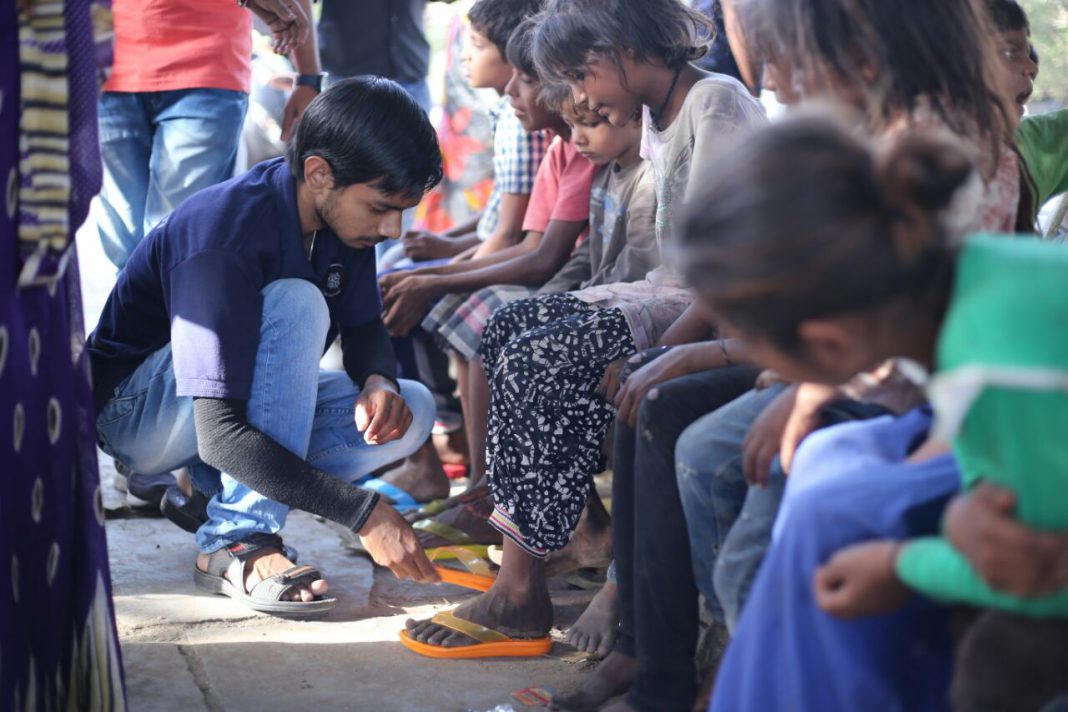 As the summer starting set in the scorching heat prevent people from venturing out specially in the afternoon. But there the people specially living in slum areas who don’t have even slippers to protect their feet from the heat.

Helping  hands foundation a Vadodara based organisation is helping such people for the last two years and during the onset on summer they distribute slippers and footwear to the people living in various areas of the city. During the two days of 21 and 22nd March the volunteers of the foundation distribute footwear  in several  slum areas like LalBaugh, Manjalpur. Gorwa and areas having  majority  of  needy children.

Helping  hands foundation  has been providing  basic commodities  such as clothes,  food and basic things which is essential  for living to the needy ones. . The foundation mainly  focuses  on street  children  and to uplift the society  in whatever  possible  manner.