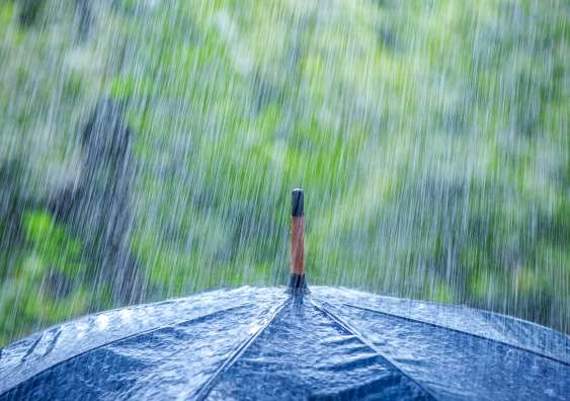 People in Uttar Pradesh got some respite from the heat and humidity after skies opened up over the state capital and neighbouring areas on Friday.

As heavy rains lashed the city for more than two hours, youngsters took to streets and drenched themselves in the first rains of the season.

The Regional Met office said these were pre-monsoonal showers and the weather would remain the same for the next 24-hours. The skies would be overcast with intermittent rains in Lucknow and eastern Uttar Pradesh.

It predicted gusty winds along with rains in Lucknow, Barabanki, Unnao, Sitapur and Hardoi in the next 24-hours till Saturday.

There were heavy traffic snarls at many places like Hazratganj, Alambagh, Narahi, Indiranagar, Aliganj and Gomtinagar with office goers and commuters facing a tough time.

Power outages were also reported from many localities here.

As roads were dug up for sewer pipeline laying to improve the drainage system ahead of the monsoon, many low lying areas turned into pools and people had to wade through them.

Angry residents questioned the rationale behind the government's pre- monsoon jobs. Internet connectivity was also been hit at some places due to water logging or snapping of the optical fibre cable.