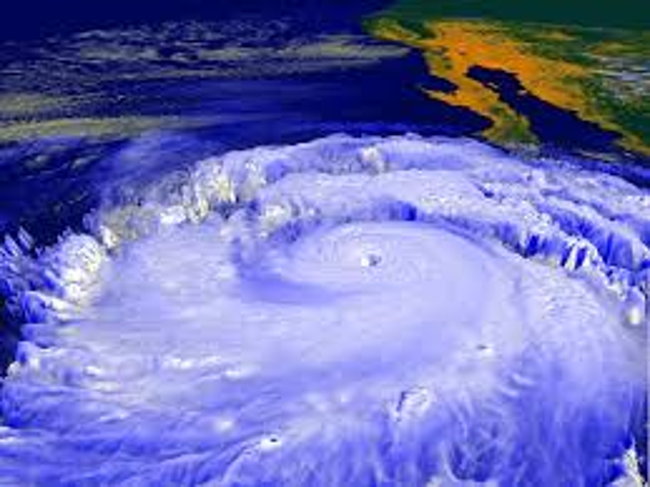 According to the official sources the cyclonic storm Phethai had weakened slightly. Schools have been shut for two days, trains cancelled and flights diverted.

Heavy rains accompanied by squally winds lashed East Godavari, West Godavari, Krishna and Guntur districts of Andhra Pradesh since Sunday night as cyclone Phethai is set to make landfall around afternoon on Monday in the state.

Uprooted trees and electricity poles were seen in some places. Electricity supply to Kakinada town and several other parts of East Godavari district was snapped.

An official of the cyclone warning centre in Visakhapatnam said the cyclonic storm Phethai had weakened slightly. “It’s located about 160 km southeast of Machilipatnam and 190 km south of Kakinada, and is likely to move in northerly direction and cross Kakinada by this afternoon,” he told to the news agency.

Meteorologists have asked people to remain indoors during the landfall of the storm.

A two-day holiday has been declared for schools from Monday as a precautionary measure to ensure safety of schoolchildren.

Several passenger trains covering Visakhapatnam, Kakinada port, Rajahmundry, Narsapur, Machilipatnam, Bhimavaram, Nidadavole, Vijayawada and Guntur were cancelled. Several flights to Visakhapatnam too have been diverted to Hyderabad or Chennai, according to reports.

Rescue personnel on leave have been called back.

The Andhra Pradesh government has put seven coastal districts of Guntur, Krishna, West Godavari, East Godavari, Visakhapatnam and Srikakulam on a high alert in the wake of the predictions over the movement of Phethai.

Chief minister Chandrababu Naidu said a request has been made for deployment of National Disaster Response Force teams in vulnerable districts. In addition, police and fire services will also be pressed into service.

Naidu asked officials to keep the helicopters on standby for rescue and relief operations.

Paddy growers in the delta regions of Krishna, West Godavari and East Godavari districts are worried over the safety of their produce due to the forecast of heavy gales and rains triggered by the cyclone. The farmers harvested the kharif crop and kept the produce ready for sale in the open fields.

The Met office warned that a storm surge of height of about 0.5-1 metres above the astronomical tides may inundate low lying areas of East Godavari, West Godavari, Vishakhapatnam and Krishna districts and Yanam district of Puducherry at the time of landfall.

Fishermen were advised not to venture into the sea and those already out in deep sea were advised to return to the coast.