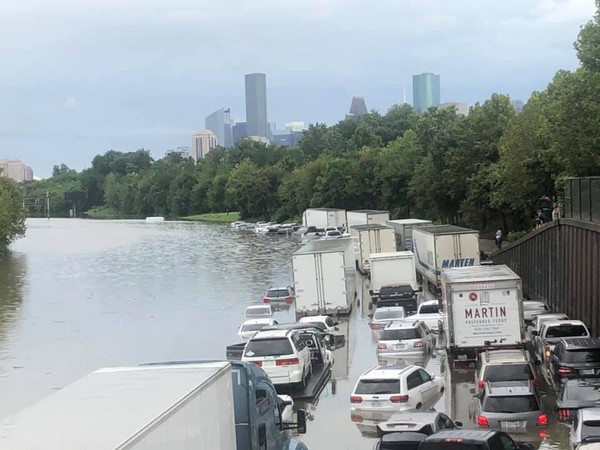 Before Prime Minister Narendra Modi’s much awaited address at ‘Howdy Modi’ event, a tropical storm has triggered relentless and heavy rains in Texas leading to flash flooding in some parts of the state.

Texas Governor Greg Abbott has declared a state of disaster in 13 territorial divisions impacted by some traces of tropical storm Imelda.

Hundred of flights were cancelled into and out of Houston area airport due to severe rain.

Imelda dropped enough rain in one day at Houston’s Intercontinental Airport to set a record for the wettest 24 hour period in September, breaking Hurricane Ike’s record set on September 13, 2008.

However, flight operations for arrivals will resume at George Bush Intercontinental Airport (IAH) on Friday, as per airport authorities.

Meanwhile, the NRG Stadium where Modi is scheduled to address 50,000 people is unaffected by heavy rains as it has two retractable, fabric roofs. This means that the venue is well covered and dry.

However, the organizers are confident about the mega event and have said that the situation is normal.

House Majority Leader Steny Hoyer, the second-highest-ranking Democrat, will also address the gathering, further reflects the strong support for the relationship between the two countries.