Connect Gujarat
#Beyond Just News
More
Home Gujarat Heated arguments between passengers and airport officials at Vadodara airport due to... 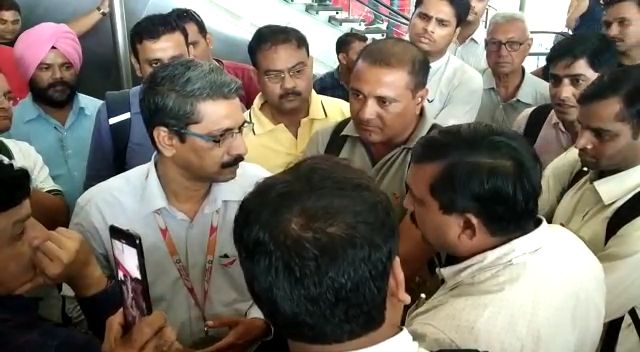 Delayed by two and half hours due to technical fault

Heated arguments between passengers and airport officials witnessed at Vadodara airport on Saturday after the delay in Air India flight. The morning flight to Delhi was delayed by two and half hours due to technical fault and that irate the passengers as their schedule was all messed up.

As per available details the morning Air India flight towards Delhi was delayed due to some technical fault and that irate the passengers. They went down and get into heated arguments with on duty officials and question him about problem. Many of them don’t let that official left the place and arguments continue as they all complain about their schedules being messed up due to the delay.

However after two and half hours the flight finally took off and the passengers had a sigh of relief.