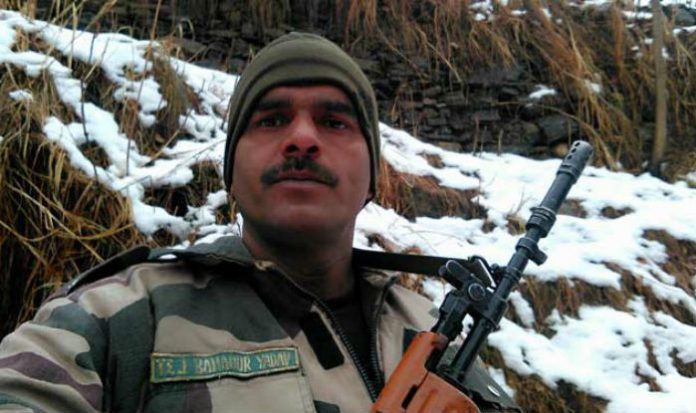 A bench of Justice B.D. Ahmed and Justice Ashutosh Kumar posted the matter for hearing at 2.15 p.m.

The plea was filed on Thursday by Yadav’s wife Sharmila after she and other family members failed to contact the Border Security Force trooper for three days.

In January, Yadav posted a video clip on social media complaining about the quality of food served to BSF personnel and accused unnamed officers of illegally selling food supplies meant for troopers.

The Yadav family said they had no information about his whereabouts, Congress leader and advocate Manish Tiwari told the court.

“We have filed a habeas corpus petition. His wife talked to him last on February 7,” Yadav’s brother-in-law Vijay .

A habeas corpus is a provision in law requiring a person under arrest or detention to be brought before a judge or court.

Yadav earlier told his wife that he was being taken to an unknown location, Vijay said.

“We have been calling him on his mobile number but it goes unanswered. When we contact his official phone number, nobody tells us about his location or they keep the calls on hold,” Yadav said.

He said the family also sent two letters to the BSF Director General K.K. Sharma to find out about Yadav’s whereabouts but got no response.

The family earlier alleged that the trooper was being “threatened and tortured mentally”.

After Yadav’s video went viral, the Prime Minister’s Office and the Home Ministry sought details on the incident from the BSF.

The trooper faces an inquiry on various charges including indiscipline. His plea for voluntary retirement was rejected by the authorities.