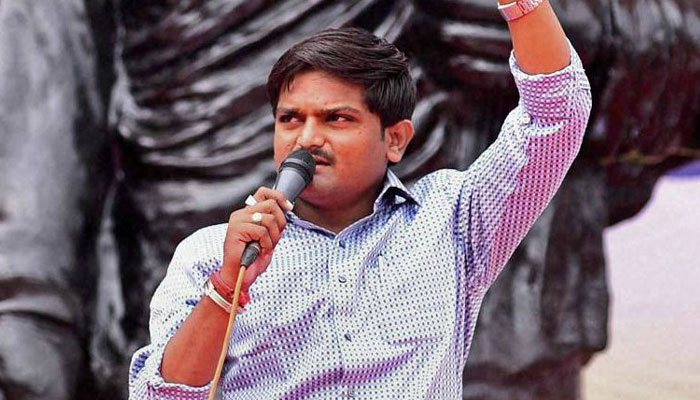 Patidar leader Hardik Patel will inaugurate here on Friday a movie, ‘Hammein Haq Chahiye, Haq Se’, focussing on him and the Patidar agitation in Gujarat.

The Patidar Anamat Andolan Samiti, of which Patel is the Convener, said he would inaugurate the film at Navjeevan Restaurant in Varachha area since he is here for a court appearance in a sedition case.

The Patidar agitation for reservation under the Other Backward Class category for the Patels has generated interest, especially among Gujarati filmmakers.

Three films were announced on the subject — ‘Power of Patidar’, ‘Salagto Sawal: Anamat’ in Gujarati and ‘Hamme Haq Chahiye, Haq Se’ in Hindi that will be released on Friday.

The Hindi movie is directed by Rakesh Jaggi, the director of hit television soaps like ‘Kahani Ghar Ghar Ki’ and ‘Sas Bhi Kabhi Bahu Thi’. The cast has known names from film and TV industry like Ankit Bhardwaj, Kulbhushan Kharbanda and Sudesh Berry.

Dinesh Bambhania, PAAS members Alpesh Kathiria and Dharmik Malavia and movie’s director and star cast will be among those present at the inauguration.

The event is expected to draw huge crowds from the Patel community living in and around Surat.