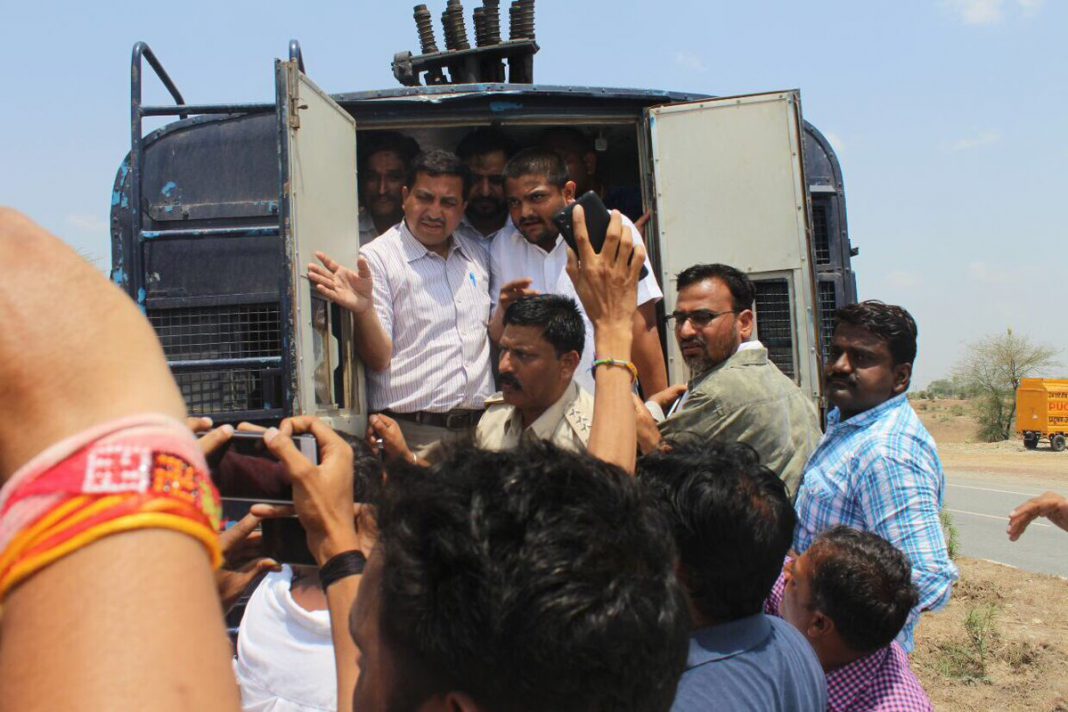 Gujarat Patidar leader Hardik Patel was arrested just as he entered MP on Tuesday on his way to Mandsaur to meet families of the farmers killed in police firing. He was later released.

Hardik Patel and four aides, who were also arrested, were then taken to the Rajasthan side of the border.

“Hardik Patel was stopped at the Nayagaon barrier,” as per the police sources.

“His convoy included 20 vehicles and at least 150 people. Patel and four others were detained while the rest were turned away,” sources added.

“Hardik Patel neither sought permission to visit Mandsaur nor was he allowed by the administration. That’s why, he was not allowed to go to Mandsaur,” District Magistrate O.P. Shrivastava said.

Heavy deployment of police is in place at the Nayagaon barrier on the Madhya Pradesh-Rajasthan border.