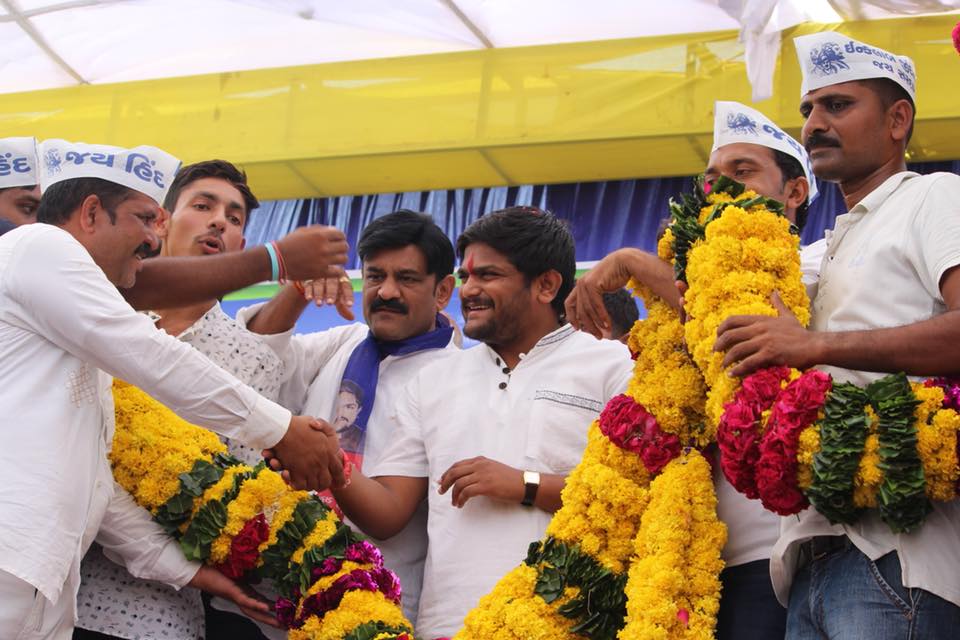 Addressing the farmers meeting in Waghodia Hardik Patel attacked on BJP and said it's not Bhartiya Janta Party but Balatkari Janta Party. He also said that public has to remember the slogans of 'Vikas Gando Thayo Che' and 'Mara Hara Chhetri Gaya' to defeat the BJP in upcoming elections.

Leader of Patidar Anamat Andolan Samiti Hardik Patel further said that the parties who don't talk about the well-being of people is not for them. Congress and BJP both are thieves and cousin brothers. If they want their problems to be solved then they have to unite and fight against the party whoever is in power. 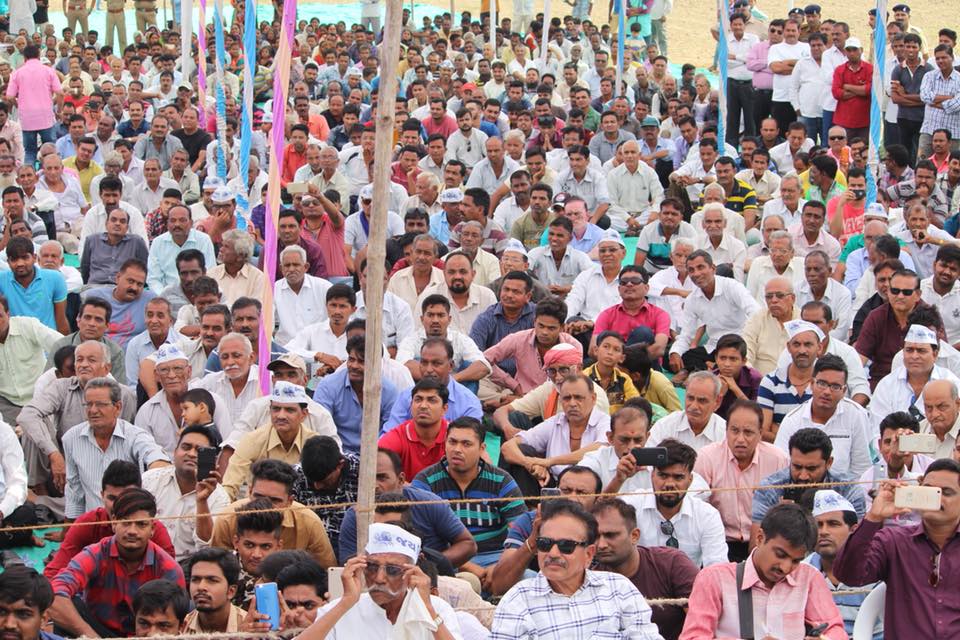 He said GETCO high tension wires passed from the fields of the farmers and the company shall pay 5 to 7 thousand as rent to the farmers like the telecom companies does. If they don't unite and fight then GETCO continue to install their wires and also the new companies comea in Gujarat. The government who don't think about farmers is of no use. 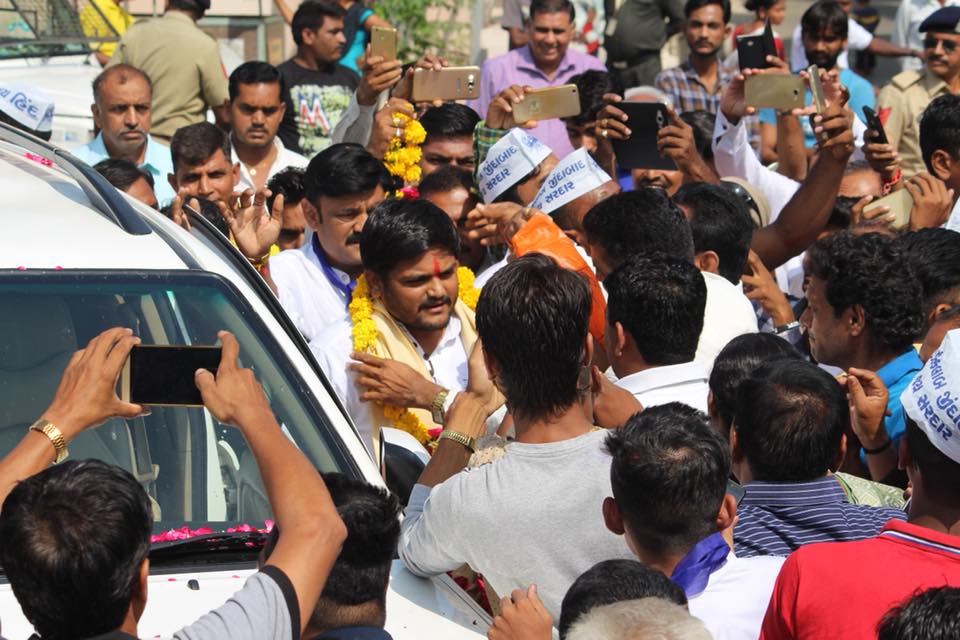 Hardik Patel said if they don't unite then Mansukh Sukh and Jayla (Jayesh Patel) will born again and again. He said and request the gathering not be cheated again and democracy is also not there in the country. They don't even have the right to organise a public meeting or take out a rally. Now is the time for everyone to get unite and fight for the rights and the slogans against the BJP has to be remembered by the public in upcoming elections.