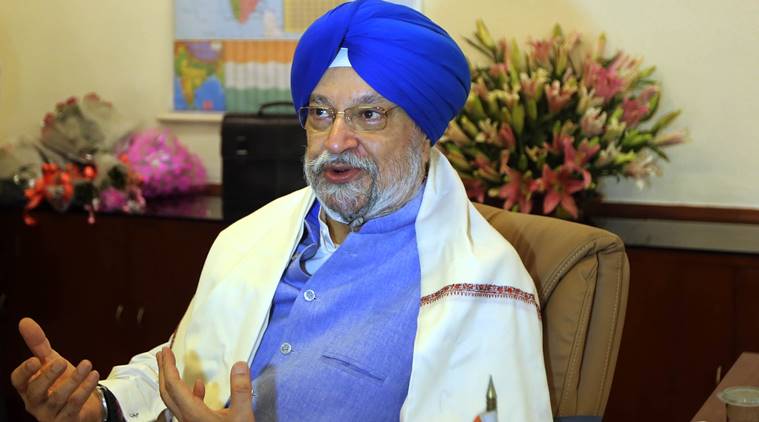 Union minister Hardeep Singh Puri today filed his nomination as a BJP candidate for the by- election to a Rajya Sabha seat in Uttar Pradesh.

The seat fell vacant following the resignation of Manohar Parrikar, who quit as defence minister after he became the Goa chief minister. His term was to end on November 25, 2020.

A career diplomat-turned-politician, 65-year-old Puri was sworn in as a minister in September and was allocated the housing and urban development ministry.

But since he was not a Member of Parliament, he has to enter either the Lok Sabha or Rajya Sabha within the stipulated six months of taking oath.

His election is all but certain in view of the BJP’s massive strength in the 403-member UP Assembly.

Speaking to reporters, Adtiyanath said, “Hardeep Singh Puri is an able person and has a long administrative experience”.

Puri said that he had come to know about his candidature during the chief minister’s recent Noida visit and added that he would be happy to represent UP in the Rajya Sabha.

“I thank Prime Minister Narendra Modi and party president Amit Shah for making me minister and now giving me a chance to represent the state in the RS as a BJP member,” Puri said.

An IFS officer of the 1974 batch, Puri has served as India’s permanent representative to the United Nations.

The Election Commission announced the elections last Friday. The last date for filing nominations for the election is January 5.

The nominations will be scrutinised the next day while parties can withdraw names of their candidates by January 8.

Polling and counting of votes will take place on January 16.