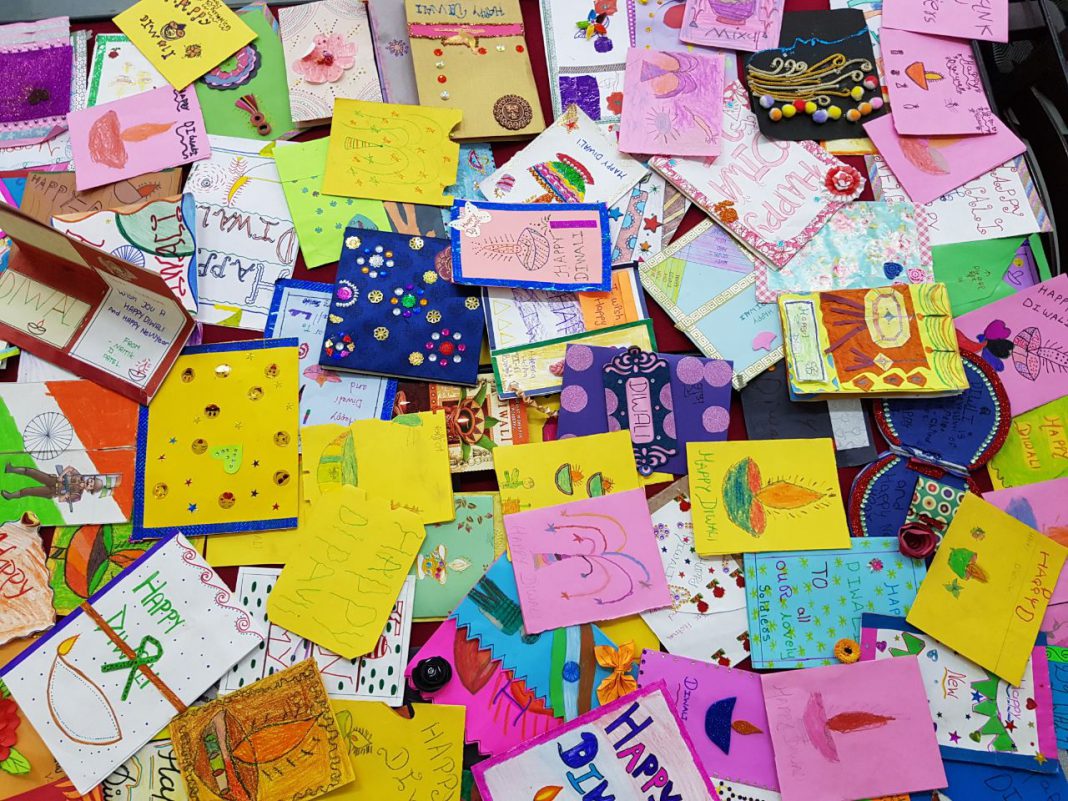 “This Diwali, don’t just greet your family members. Greet the real heroes as well. Celebrate this Diwali in a different way. Greet them, thank them, tell them the nation loves them,” this the message from the students and people of Vadodara thanked the soldiers for protecting the borders so that they can enjoy the festival.

Second year in succession the members of ‘Be The Change’ once again comes up with the idea to collect hand made cards and send them to the soldiers. The idea is to show them the respect and thanked the soldiers on this festive season feel like home.

Students of Faculty of Journalism and Mass Communication will be making thank you cards for our soldiers at the faculty. The members are also receiving cards from the schools and citizens of Vadodara and other cities with messages for the soldiers. The first slot of cards will be sent to suigam banaskatha border.

“The idea of sending hand made cards is special as by this way we can connect with the soldiers emotionally and thanked them. Everyone is enjoying with their families in the festive season but the soldiers on the other side are guarding our borders. Away from their families they also feel the urge to celebrate with them. We feel their pain and hence in our own way thanked them with specially designed hand made cards with messages from the heart,” said Sagar Sharma one of the founder members of the group.

A local NGO Social Responsibility Foundation is also with them to support the cause. The students of bachelor’s and masters both make the cards for the soldiers.

“It’s a privilege to involve with such a cusec where we wish the soldiers in our own way. It’s a token of respect for them and a great feeling of patriotism,” said Khadija Kunda student of first year BJMC.

Another student Drashti Patel said that it’s something great as they are part of such a initiative. She said it’s the responsibility on them to make them feel like home and not taking them as granted.

Last year the group send 1500 cards to soldiers based in Uri.