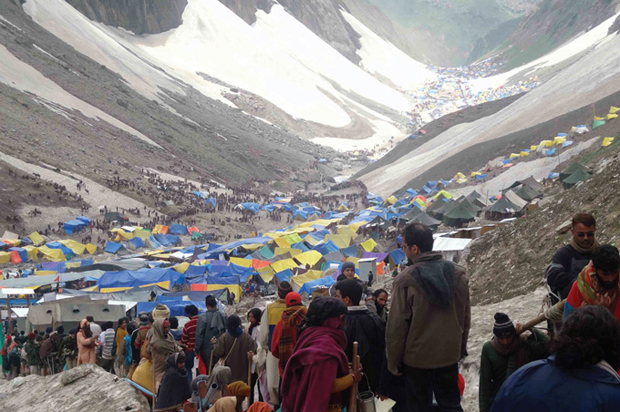 The VHP on Monday demanded that the Amarnath Yatra route should be handed over to the Army in view of the law and order situation in Jammu and Kashmir.

The Vishwa Hindu Parishad also sought the opening of the Drass-Kargil route for the pilgrims in the Kashmir Valley.

The demand was made in letters to Jammu and Kashmir Governor N.N. Vohra and Chief Minister Mahbooba Mufti.

In his letters, VHP's Surindra Kumar Jain said in view of the disturbances created by stone pelters and separatists earlier, the authorities should not only open the Leh-Kargil-Drass-Baltal route but also the entire yatra routes should be handed over to the Army.

The new route requires least facilities and pilgrims can start early in the morning from Drass and return after praying at the holy cave the same evening provided traffic was smooth at Jozilla Pass, Jain said.

The VHP said service tax on helicopter services and other levies on pilgrims in the state should immediately be withdrawn as these were being seen as "jazia" by Hindu devotees.

Vehicles carrying pilgrims bound for Anmarnath Yatra should be exempt from road tax and other taxes, it added.