Hand carts worth crores turned into garbage at ward offices 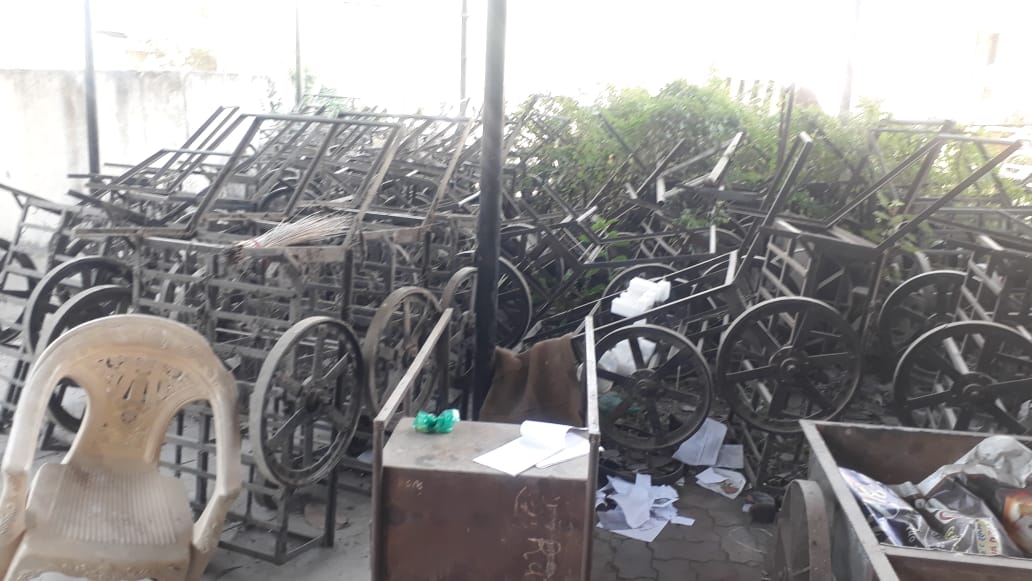 Hand carts worth crores purchased by Vadodara Mahanagar Seva Sadan is dumped at the ward office and turning into a garbage. The carts were purchased for 2.50crores by the corporation for collecting wastage from city roads, societies and poles but not distributed to the Safai workers on time.

VMSS purchased the hand carts for the Safai workers in 2014 to collect garbage from the city roads and societies. The carts were distributed to every ward office as per their requirement but in absence of timely distribution the hand carts are slowly turning into garbage there.

The corporation purchased dustbins, brooms, hand carts for maintain cleanliness inside the city. However the incident is shocking as the hand carts are not delivered to the workers on time and instead turns into dust at the ward offices.