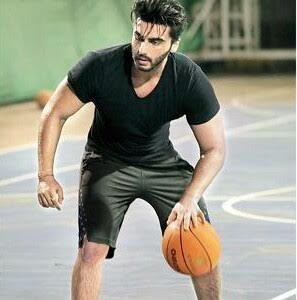 Madhav Jha character in the film is of a basketball player and Arjun Kapoor is practising hard for his role. The video is very inspirational which showed him as a professional player during the practice sessions.

In the video Arjun Kapoor is seen training hard inside the basketball court learning the game. Not only that he gets the help from professional coaches for the training.

Arjun Kapoor train hard to turn himself into the character of Madhav Jha in the film. In the video one can see how easily the actor basket the ball. Arjun Kapoor is all se to show his sporty side in this film.