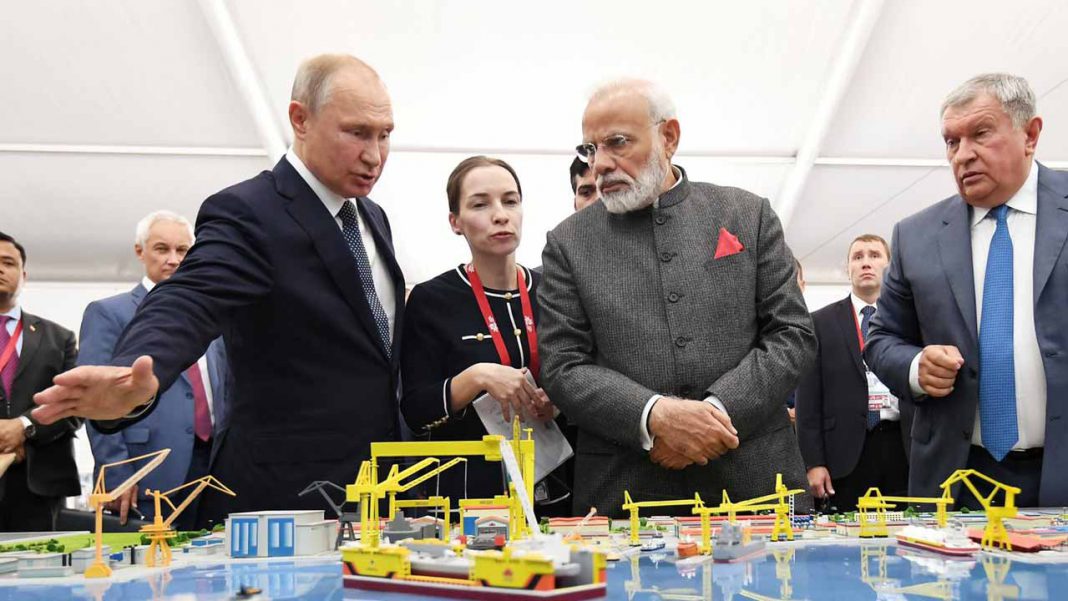 H-Energy, Russia's Novatek to set up JV to sell LNG in India.
1 of 3

The document was signed on the recreation of the Eastern Economic Forum (EEF), the official Tass News agency quoted Novatek as saying.

The deal was announced well after Prime Minister Narendra Modi arrived here on Wednesday(Today) for peak talks with Russian President Vladimir Putin. Modi will also be the chief guest at the EEF on Thursday.

Under the agreement, Novatek will invest in future Liquefied Natural Gas (LNG) terminals and the Joint Venture creation to sell LNG and natural gas to India, Bangladesh and other markets.

“India is one of the biggest and fast-growing LNG markets, and the country is going to become one of the main growth leader of the global demand for natural gas in the future.

“The signed message is an important step towards entering the final consumer market of India, which is of great interest for Novatek considering our strategic plans to implement new LNG projects and boost LNG production volumes,” Chief Executive Officer of the Russian gas producer Leonid Mikhelson said. The 5th EEF is being held in Russia’s Far East port city of Vladivostok on September 4-6.

Foreign Secretary Vijay Gokhale, addressing reporters said that expanding cooperation in the hydrocarbons sector will be a major focus area during his trip to Vladivostok.

“The prime minister has said it on a number of times that we need to bring the relationship with Russia beyond civil nuclear and defense cooperation into other areas of the economy”.

The foreign secretary said both sides are expected to firm up a five-year roadmap 2019-2024 laying out possibilities of cooperation in oil and gas sector, in terms of exploration and exploitation, and purchase.