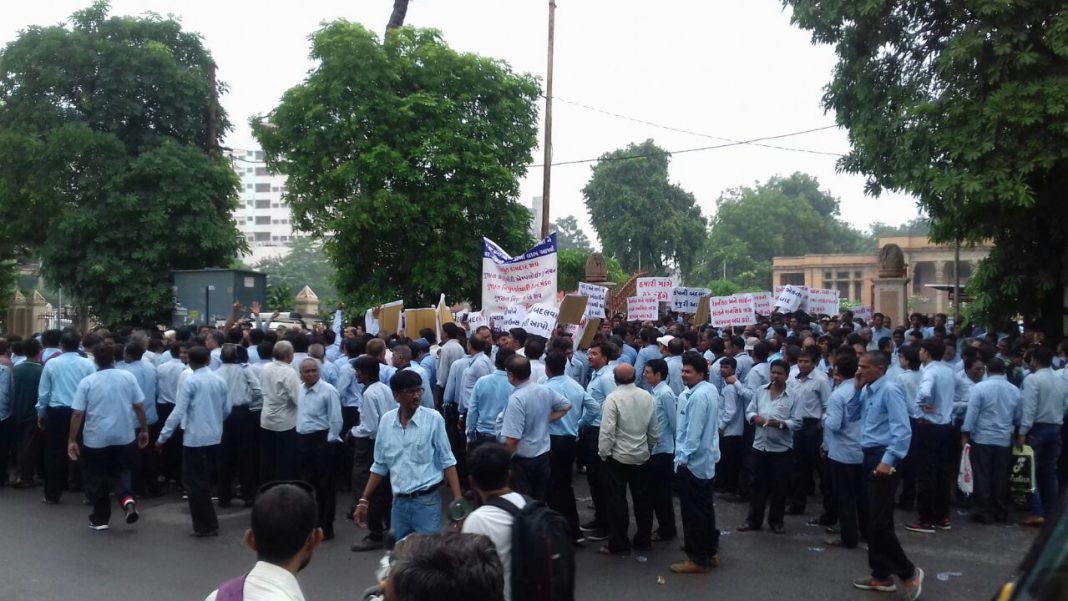 GUVNL and its associates and accredited unions took out a rally in Vadodara for their pending demands. Thousands of employees joined the rally and shouted slogans against the government and pressed their demands pending for quite some time.

The employees of GUVNL approached the government for their pending demands for long and on Tuesday the employees of the company and accredited unions from Gujarat gathered at Parsi Agiyari ground in Vadodara and start their agitation. They demand to implement the seventh Pay commission and others and shouted slogans against the government. 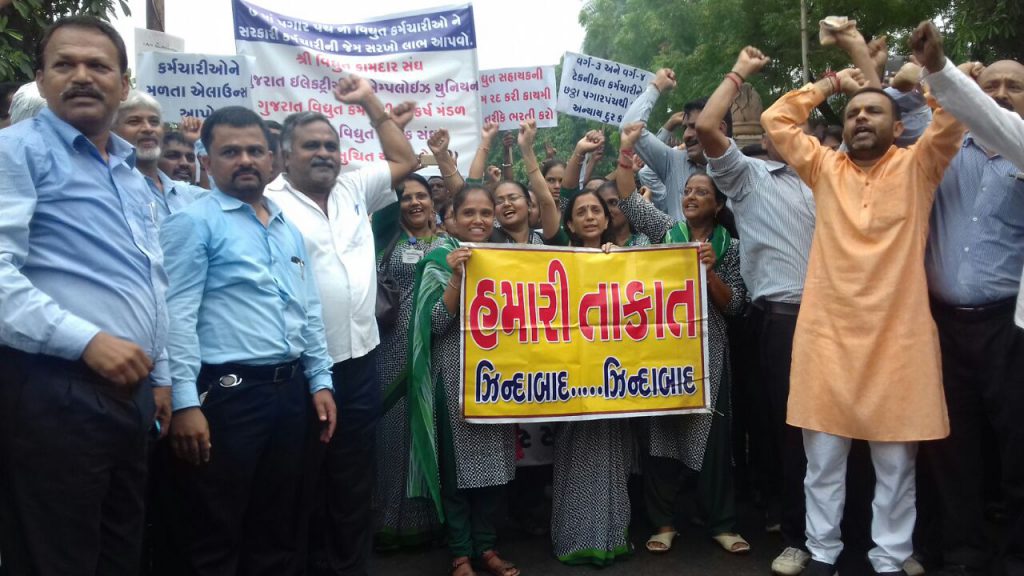 Vidyut Kamdar Sangh, Gujarat Vidyut Shramik Sangh, Gujarat Vidyut Karamchari Utkarsh Mandal, Gujarat Electrical Employees Technical Association and others were the part of the Maha rally. The rally started from Parsi Agiyari and reached the GUVNL head office at Race Course where they give a memorandum to the MD about their demands. They also threaten to go on strike from 12th September if their demand were not met and the whole state will blackout.