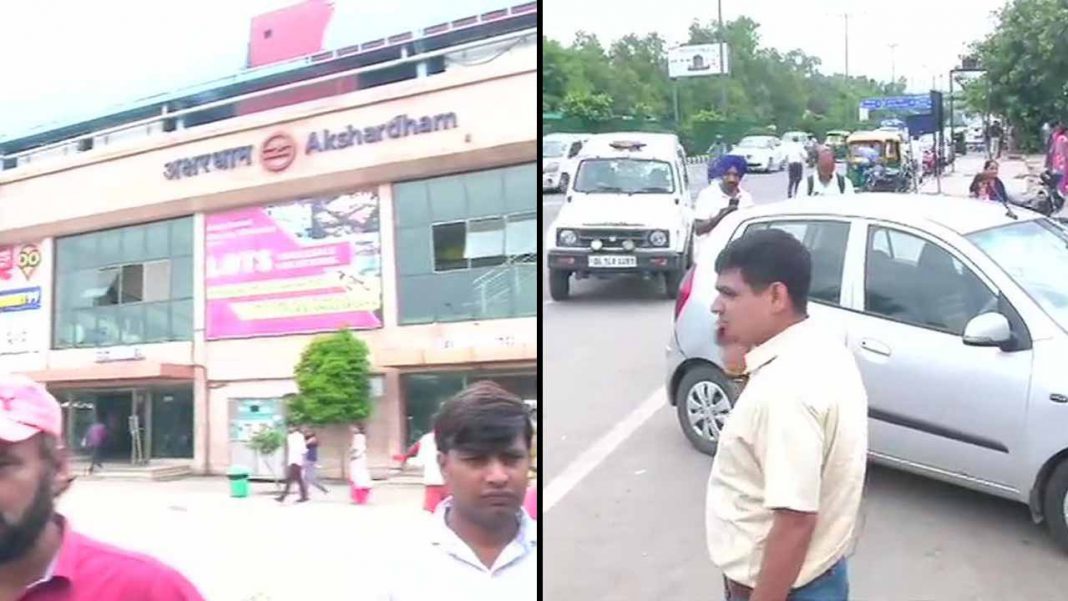 Four unidentified assailants, travelling in a four-wheeler, fired at a police team near the Akshardham temple in Delhi at 10:45 am today.

The police team from Mandawali police station had asked the unidentified men to stop their vehicle leading to the gang firing at the police officers.

The police had suspected the unidentified men to be part of a gang which duped people near the Akshardham metro station foot-over bridge.

The suspects after firing at the police team ran towards the Geeta Colony flyover.The police team chased them and also fired one round in retaliation.The suspects, however, managed to escape.No injuries have been reported.More details awaited.