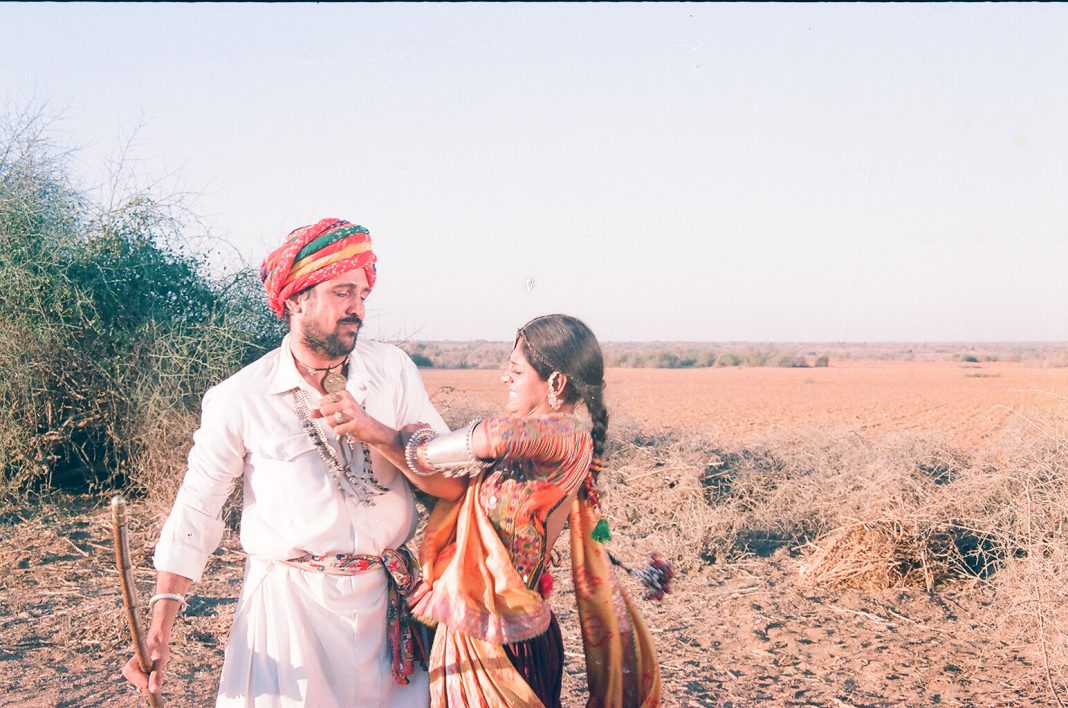 When it took 17 years to release a film one can imagine the suffering of the people associated with it. Gujarati Kutchhi film Dhaad based on the interior rural landscape of Kutch finally released in 2018 and doing good business in Gujarat.

The film boasts of actors like K.K. Menon, Nandita Das, Raghuveer Yadav, Sujata Mehta is the story of an impotent man (Ghelo) in search of a child for himself, and water for his land. Based on short story from the interior rural landscape of Kutch the film shows the real flavour of rural Gujarat shot in beautiful landscapes and locations.

After the long wait of 17 years the film finally hit the theatres and doing well. “We released the film in 40 theatres in Gujarat and happy to share that it’s doing good business. We are planning to launch it in Mumbai on 19th of this month and then moves on to other metro cities and foreign countries,” said Paresh Naik director of the film.

The film was shot in locations like Mandvi, Jakhau, Abdasa, Vayor and Bhutau to show the the culture and heritage of Gujarat. The director however had a sigh of relief as the film finally released after a wait of long 17 years. He also attacked the Gujarat government for not providing enough mileage for the Gujarati films.

“The financial, social and political issues block the release of the film for so much years. We suffered a lot during this time but finally had a sigh of relief as after a long wait of 17 years the film finally released. Much to the delight for us the film is doing well in theatres and specially the youngsters like the story and backdrop of rural Gujarat,” said Naik.

He also added that the government of Gujarat is also not supporting him during the days when he was struggling to release the film. “Like Maharashtra government which support the Marathi language films to grow the Gujarat government is not so enthusiastic to support Gujarati films. I also face the same problem and hence decide to finance the film by my own and with the help of friends finally able to release it. Secondly I am looking after the promotions and everything by my own which helps me to get the reviews in real,” said Naik.

Talking about the story of the film the three wives of Ghelo (K.K. Menon) Monghi (Nandita Das), Dhanbai (Sujata Mehta), and Ratni (Sameera Avasthi) fail to deliver a child as the rains fail to soak the dry, arid terrain of the rocky land of the Rann of Kutch.

In his endeavour to prove his conviction that the rich and powerful (the landlord and the state) can only be contained by asserting more power over them, Ghelo struggles through his life without love from his kin and without support of his
friends.

Finally, out of desperation, he forcibly involves Pranjivan in a Raid (Dhaad) over the landlord’s wealth. The landlord’s (Bhim Vakani) pregnant daughter (Pelva) challenges Ghelo during the raid. Ghelo’s conviction begins to melt away. His strength is drained out. What follows this, is to be seen to believe…