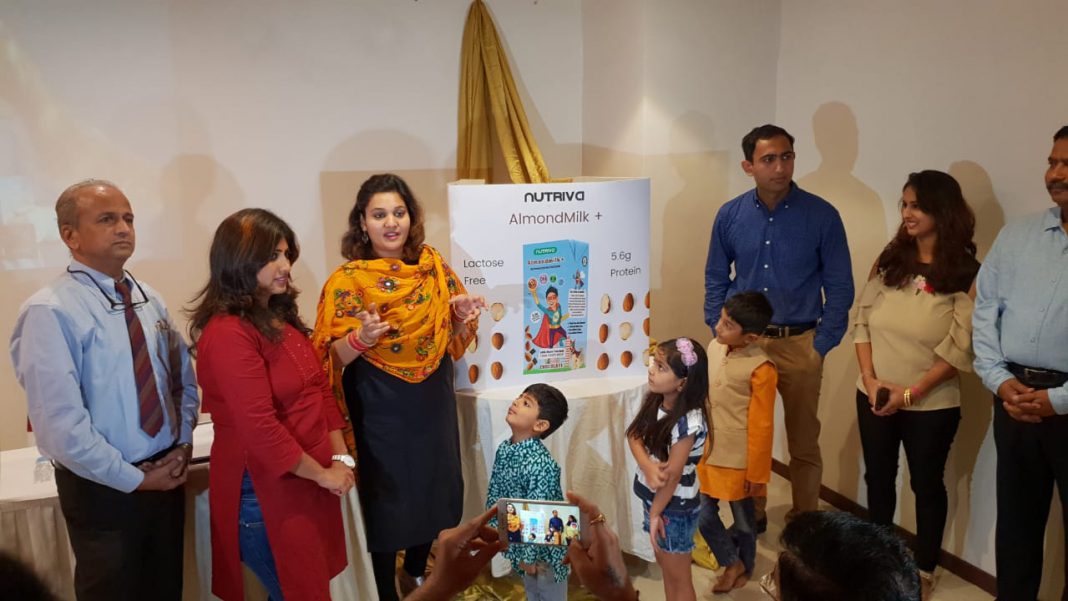 Spread awareness about benefits of almond milk against the traditional animal milk.

In order to fight malnourishment in the children a Gujarati businessman launched nutritious Nutriva Almondmilk in Vadodara. Similar launched is also planned in various cities of India to spread the awareness and the benefits of almond milk against the traditional animal milk.

Sunny Gurnani lives in California and after four years of research launched the new brand of milk as a better replacement for the animal milk mostly consumed in India. He said Nutriva has more benefits then the traditional milk and has more benefits.

The company has set up their plane in Surat and now eyeing the Indian market to popularize the product. After Vadodara they are planning to launch it in cities like Pune, Pondicherry, Chennai, Delhi and NCR. The other products they are launching are world first cholestrol free butter milk made from peanuts and mango lassi.

“To market the concept we are spreading awareness through social media and targeting schools, gardens and gymnasiums,  medical doctors MR and stores. The main aim is to make people understand the Nutriva Almondmilk which is a better replacement for the animal milk mostly consumed in India, ” added Gurnani.