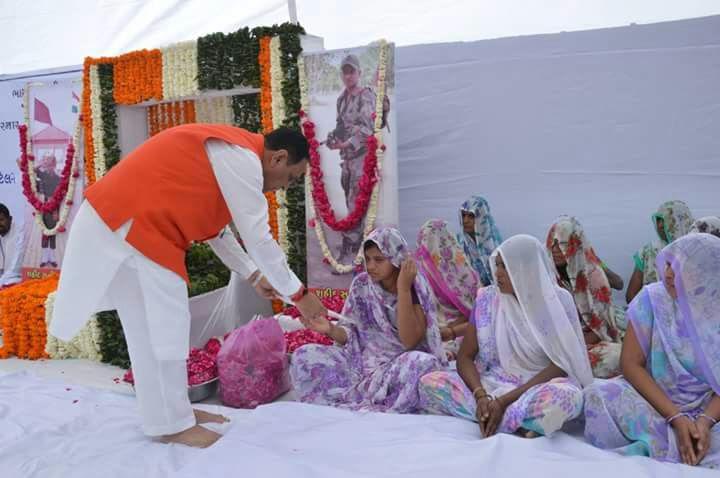 He released a book, titled ‘Gatha Gujarat’, in praise of the martyrs.

The Chief Minister said the 51 Rashtriya Rifles’ jawan Sunil Patel’s martyrdom in the avalanche while on the onerous duty of protecting our borders in the Kashmir-Siachin sector should instill patriotism among the youth. Padmavati shopping centre in Vadodara closed on Friday after one trader...

One more step by OSD Dr. Vinod Rao towards the fight...