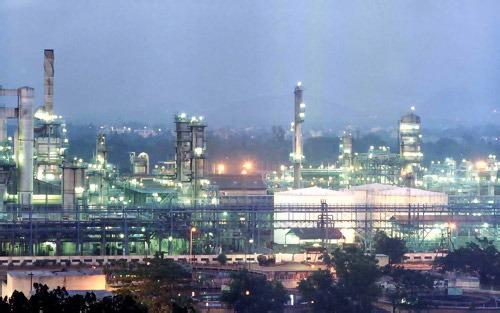 Gujarat is high on rich cultural and spiritual heritage,but it also witnessed significant agricultural and industrial production in the country. The growth of the tourist industry has always been overwhelming because of the richness of the historical satire, but with time it has also emerged to be worthy of adding feathers of different other sections to its cap. Gujarat mainly produces groundnuts (peanuts), cotton, dates, milk sugar cane, and milk products in the industrial domain. It also includes the production of pharmaceutical products, chemical, textile cement and petrol.

Gujarat has seen a lot of success in the last few decades in the industrial sector. With a rise in production of edible goods and also the availability of pharmaceutical products and chemicals the state has garnered a lot of growth in its inland industries. Due to its rising popularity among all the others, Gujarat has made it possible to increase the employment rate than what it was before. It has recorded the lowest unemployment rate in India in the year 2015 with about 1.2% of labor force stating unemployment.

Gujarat’s contribution to the economy of India has been prominent with an input of 12.75lakh crore in rupees to the Gross Domestic Product which is approximately US$ 200 billion in the year 2016-2017. It has ranked 4th among the Indian states and union territories by means of GDP (Gross Domestic Product).

Gujarat is presently known to be one of the most industrialized states in India with its variety of productions in the industrial sector. The principal ones being electrical and general engineering, also the manufacture of vegetable oils, chemicals, soda ash, textiles,and cement. Gujarat produces around 91% of the soda ash in the country and produces 66% of the salt required by our country. The chemical industry in Gujarat is accounted for more than 35% of the chemicals produced in India.

Listed below are fewof the companies that provide the country with most of the required products:

These are few of the major companies situated in Gujarat and produce a large number of the productions of the country. For example, Ahmadabad, Ankleshwar, and Vapi are cities which mainly produce the chemicals and Rajkot being the hub of engineering manufacturing. Gujarat is a versatile state with a lot to offer than just history.