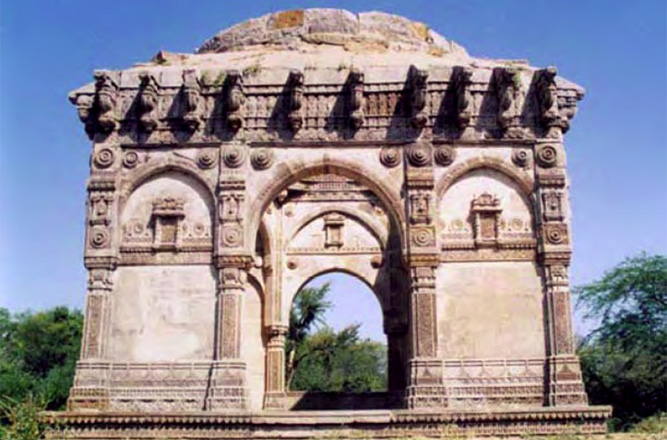 Lying at the western most corner of our incredible India is the state of Gujarat. It is known for its cultural and spiritual heritage. Gujarat is also the birth place of the father of our nation, Mahatma Gandhi. The place has its feet firmly planted in between the modern day stereotypes and the traditions from the past that ancestors left behind. So when there is so much richness in a place there is a basic necessity of protecting them from getting deteriorated due to natural and unnatural conditions.

The government of Gujarat has been active and has acknowledged the need to protect its own heritage by taking proper measures in chalking down rules and regulations for the protection of the monuments and structures. Gujarat has a distinguished historical and cultural prominence which pikes interest in tourists and explorers to visit the place.

It stands for United Nations Educational, Scientific and Cultural Organization, is a specialized agency of the United Nations that proposes to contribute international collaboration through cultural, scientific and educational reforms. Under this agency a specialized department is solely for the protection of heritage sites that have cultural, spiritual, and historical or some places that are now world heritage sites or some type of significance. The state of Gujarat has some places that are now UNESCO world heritage sites.

Listed below are few of the places that are protected UNESCO world heritage sites which are culturally rich and is of great importance to its heritage:

Back in the 16th century Champaner was known as the capital of Gujarat which lays now as ruins from the glory of the past. So it has been turned into an archaeological park and is a UNESCO World Heritage Site. It is well protected and is also open to tourists to explore who love architectural and historical structures. It is homes the Pavagadh temple on the hill top and the Jama Masjid on the foothills.

This city has been recently recognized by the UNESCO World Heritage City and is the first city in India to gain such recognition. This old city holds the residential heart of the city known as ‘POL’. Each of this POL is like a gated society of sorts and people from a single community live. Many such POL come together to be known as the PUR. With several such ‘PUR’, the city is self sufficient. It boasts of secular coexistence of the Islamic. Jain and the Hindu communities with its wooden architecture are known as Havelis.

Similarly the Rani Ki Vav and many other such places are well protected by the city and is taken care of, not necessarily all of it being a UNESCO World Heritage Site. Every place gets equal and due care by the government