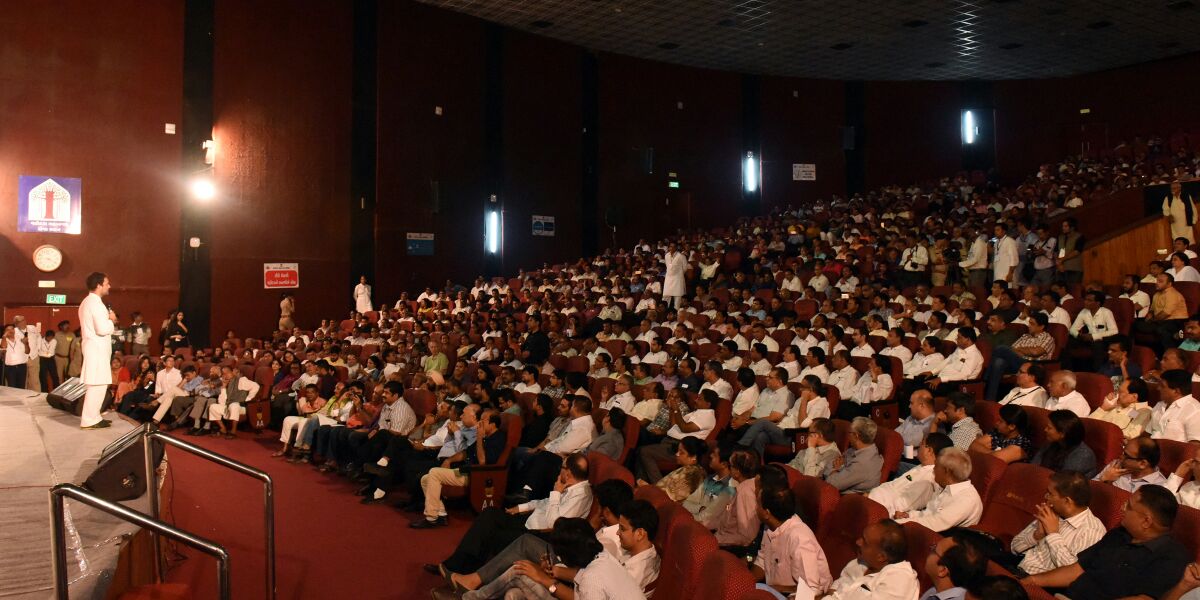 AICC Vice President Rahul Gandhi said BJP government took the GST and Demonetisation decision in hurry and without any feedback from the people. He replied the queries of the businessmen and others who raised the GST and tax related questions before him in a open one to one interaction in Vadodara.

On the first day of his Gujarat Navsarjan Yatra in Central Gujarat Rahul Gandhi reached Vadodara after a long busy day and went straight to the meeting with industrialists, businessmen, educationists and others inside the Sayajinagar Gruh.

Many association Presidents big names in business fraternity and others were present to listen to views of the opposition leader in the parliament. 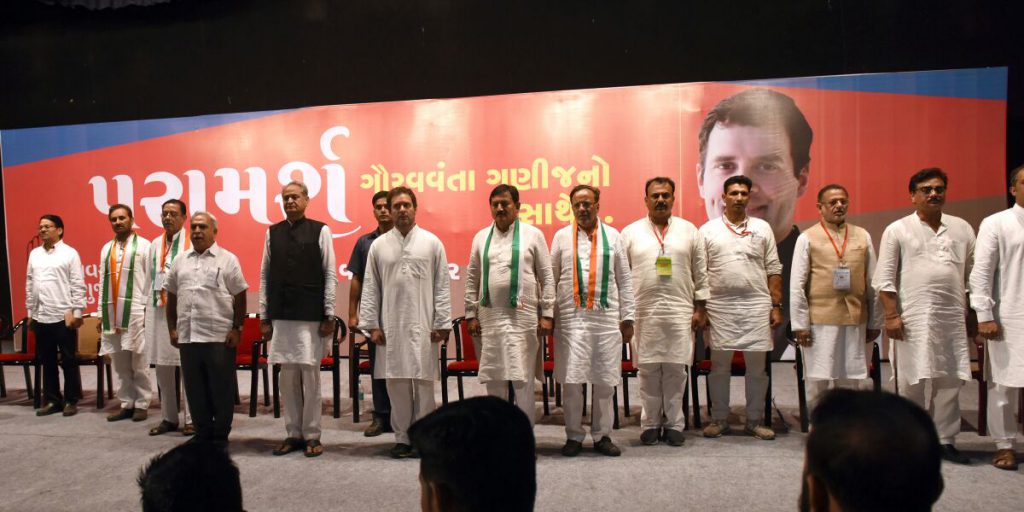 On GST and Demonetisation matter Rahul Gandhi said the decision was forcefully implemented on the people of the country. "The system of our country is complex and to implement any change the government first test the idea and take the feedback. Both the decisions are on the large scale and now fine tuning it is also not possible. So the government must listen and I came here to be your voice in the parliament," said Rahul Gandhi.

He said the two countries India and China are compete in the issue of employment which is the main source of each problem. "Employment is the main question of 21st century and both India and China are compete in it. As per data out of 30,000 youths 450 get employment in India in 24 hours. However in China 50,000 get jobs in the same time. If the government not decide to improve it in 5 to 10 years then the anger will burst and you cannot stop it. Everything from religion, cast all are related to the question of employment and this is the question of national security," said Rahul Gandhi. He also added that the government should focus on the issue and seriously thinking about the same.

About policies he said the leader shall think about 5 to 10 years ahead and implement the policies in time. The smartness is to pick the problem first and then make policies. One cannot forcibly do it or else you can hurt the people. 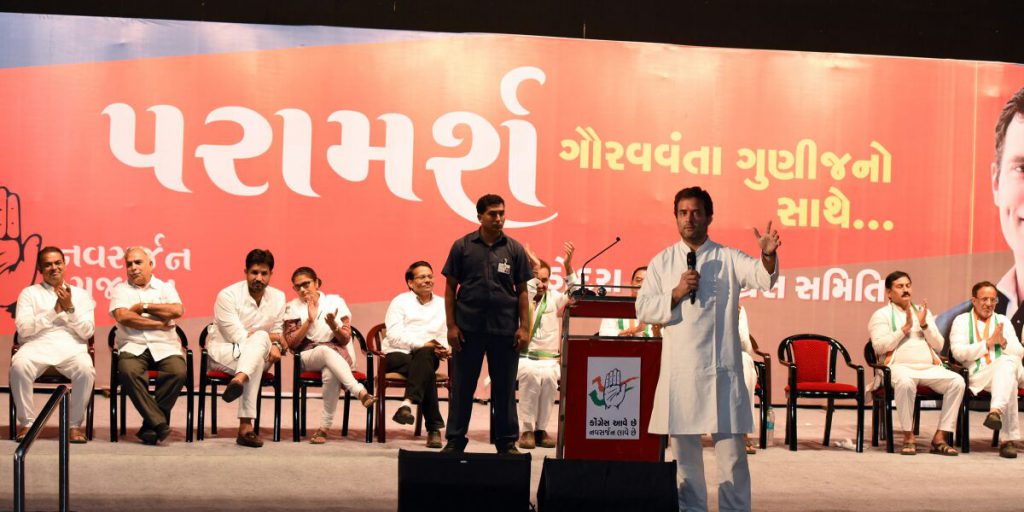 Comparing India with China and USA he said innovation is killed everyday here. "Drone is a future technology and China USA are the leading countries to use it. However in India it is banned due to the security risk. The innovation here is killed everyday," said Rahul Gandhi.

He also added that the Gujarat is leader in small, medium business and innovation which the country shall learn from.

On a question of targeting the opposition party be said both the parties are the thinking of India and they should respect the expression of the people.

The businessmen attended the interaction session said it's important for them in business point of view. As they can able to know the views of both the ruling and opposition party and that helps them to plan. They appreciated the views of Rahul Gandhi towards GST and other things and hope rhe things will help them in future.