GST Council&#8217;s third meeting from Tuesday to decide on rates

The Goods and Services Tax (GST) Council will meet here from Tuesday to decide on key issues such as GST rates, service tax assessments and compensation to states by the Centre. The GST Council, constituted last month, is chaired by Union Finance Minister Arun Jaitley and includes state ministers as members. Following its second meeting […] 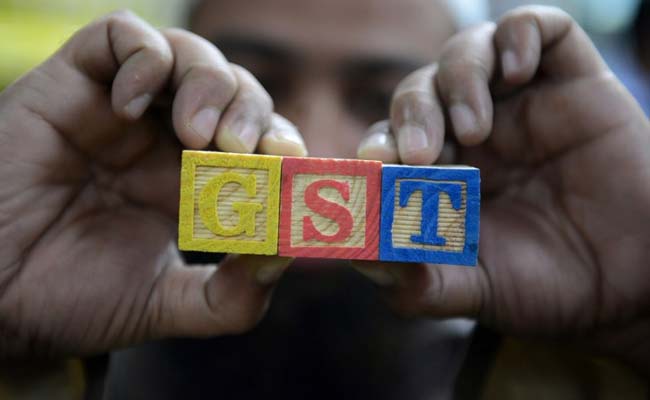 The Goods and Services Tax (GST) Council will meet here from Tuesday to decide on key issues such as GST rates, service tax assessments and compensation to states by the Centre.

Following its second meeting on September 30, when the council approved rules for registration, payments, returns, and refunds under the GST regime, Jaitley had announced the dates for its third meeting as October 18-20.

The GST Council will decide on the tax rate, will recommend the taxes to be subsumed and exempted from GST, the rates of taxation and the model central, state and integrated GST laws.

It will also decide the threshold for levy of the tax, and the dispute resolution mechanism, among other important issues.

Following the first meeting of the council on September 22, Jaitley had said there was two months’ time till November 22 “to resolve all the outstanding issues” on implementing GST.

The target roll-out of the GST will depend on the passage of the Central GST and the Integrated GST (IGST) bills in parliament, and the respective state GST bills by each state.

The central government is following the roadmap to implement the GST by the targeted deadline of April 1 next year.

After the first meeting, Jaitley had said the issue of threshold limit in terms of turnover to exempt smaller firms from the system, and the actual rates of taxes on various commodities needed to be reconciled.

The states will, however, be able to adopt a GST structure that is different from that recommended by the GST Council and the council recommendations will not be binding upon the states.

The bill says the GST Council will make recommendations to the Centre and the states on issues such as taxes, cess and surcharges that might be subsumed in the GST tax rate.

Parliament and state assemblies have the right to accept those recommendations in their respective GST Bills.

While the pan-India overhaul of the country’s indirect tax regime has got the support of more than 20 states, Tamil Nadu’s ruling AIADMK had walked out before the voting on the bill began, both in the Rajya Sabha and the Lok Sabha.

The party had wanted some changes in the bill, such as imposition of four per cent additional tax on inter-state trade and transfer of money thus collected to the state of origin of the goods.

The Centre is to compensate the states for revenue losses for the first five years after the implementation of the GST if the states’ revenues come down under the new tax regime.

Meanwhile, India Inc. has pitched for an 18 per cent standard rate on the ground that this rate will generate adequate tax buoyancy without fuelling inflation.

The opposition Congress had earlier demanded an 18 per cent cap on the GST rate.

The Federation of Indian Chambers of Commerce and Industry (Ficci) suggested that to check inflation and the tendency to evade taxes “the merit rate should be lower and the standard rate reasonable”.

“As per the current indications and reports, goods will be categorised as being subject to merit rates (12 per cent), standard rates (18 per cent) and de-merit rates (40 per cent),” Ficci said in a statement following a meeting here with the Empowered Committee.

On the implementing of GST, Ficci said that in order to provide adequate time to trade and industry to prepare “for a hassle-free rollout of the GST regime”, a minimum of six months should be permitted from the date of the adoption of the GST law by the GST Council.

“Additional time would be required in case the GST law as passed by the parliament or state legislatures is significantly different from the one adopted by the GST Council,” the statement said.