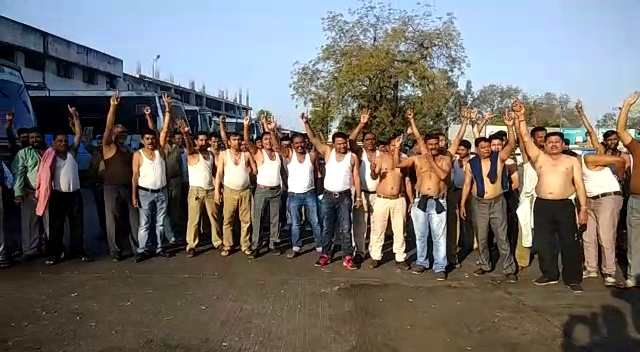 Raised their demands in semi naked state outside the ST depot.

The GSRTC employees continued their strike on the second day in Vadodara division and raise their protest in different way. The employees raised their demands in semi naked state outside the ST depot which put the passengers in trouble. 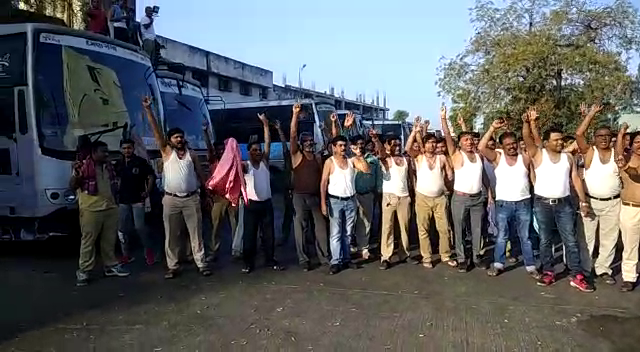 For the second straight day the GSRTC employees continued their strike in view of their various demands. Some of them sit on the ground and climbed on to the buses in semi naked state and raised their protest. They also threaten to intensify their stir if their demands are not resolved at the earliest.

Passengers also suffered for the second day in line due to the strike and forced to use the private transport for their routine. The private vehicles are also charging double the amount from the passengers to increase their trouble.