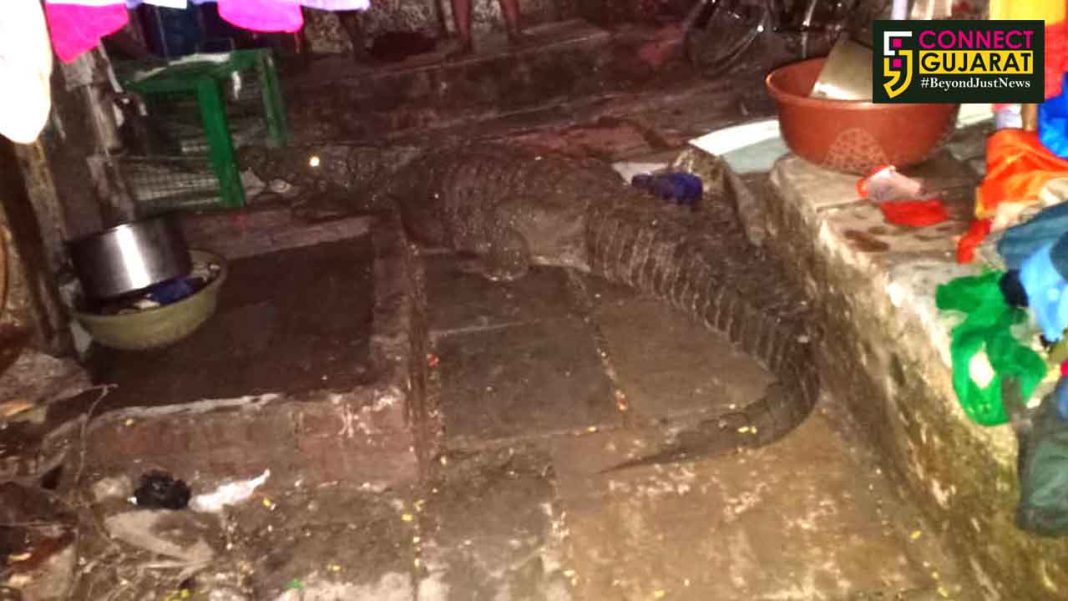 Volunteers of GSPCA rescued the 50th crocodile this monsoon after they caught it from behind Jalaram Nagar in Vadodara.

GSPCA rescued 50th crocodile this monsoon in Vadodara
1 of 5

As the city is reeling under floods the crocodiles also strayed inside residential areas as their natural habitat was also destroyed. During the rescue operations of people from low lying areas the fire and NDRF teams also rescued many crocodiles with the help of animal activists.

This monsoon GSPCA also rescued many crocodiles from areas and caught the 50th one behind Jalaram Nagar near L&T circle in Karelibaug area. With the help of incharge DFO Damor the volunteers rescued the 16 feet healthy crocodile from the slum area  with lots of difficulty due to the narrow space.

With expertise the GSPCA volunteers rescued the crocodile without injuring the animal and in person.