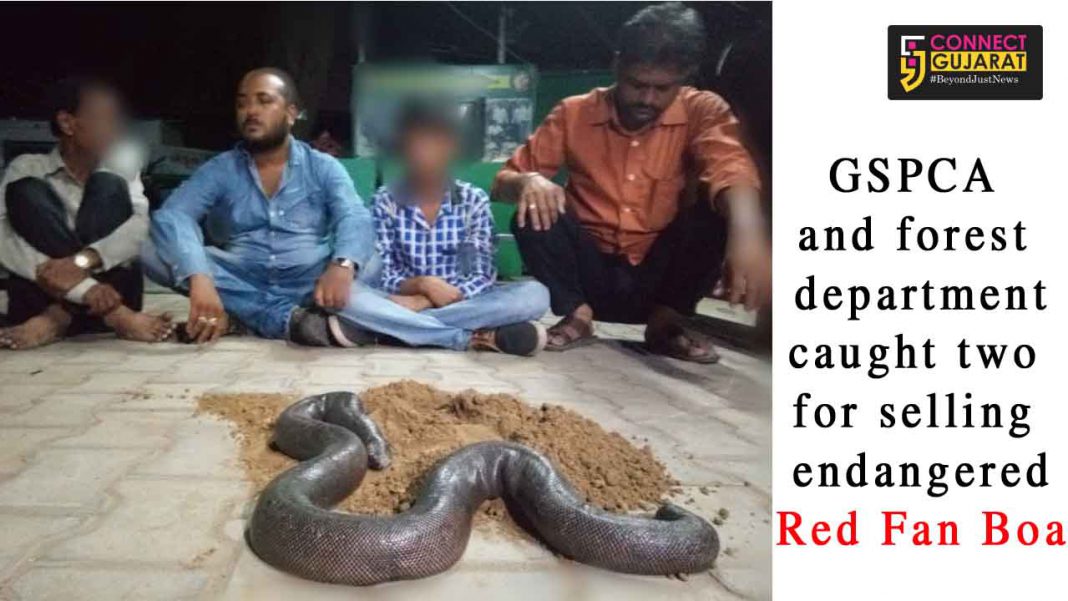 GSPCA and forest department in a joint operation arrested two for selling endangered Red Fan Boa in Vadodara. The species is nearly extinct and used for voodoo (Tantrik) rituals by the people.

Based on the information the team of GSPCA and forest department act as dummy candidate approached the sellers through their contact number. Afterwards a series of meetings took place at different locations between the two which stretched further. However on the signal of Raj Bhavsar from GSPCA the team clearly asked the seller for their intention and finally a deal was finalised.

The two then called a autorickshaw with the Red Fan Boa inside. As soon as it arrives the team caught the duo but the autorickshaw driver managed to fled from the spot. The two Kaushik Rathwa and Shahid Diwan was arrested by the team for trying to sell the endangered species.

The Red Fan Boa is adult 4feet long, 7 inch density and weigh around 3 and half kilograms. The species is used for voodoo rituals and cost around 1 lakh to one crore depend on the demand. In this case the seller use the code word 60paisa which is 60lakhs. In their language 5 paisa is equal to 5 lakhs.