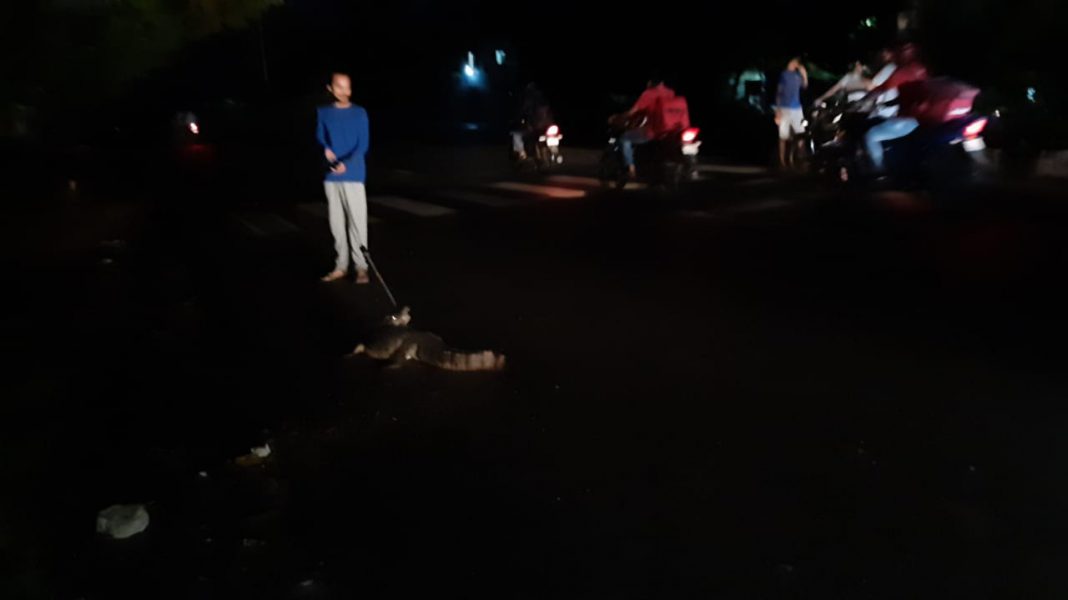 Locals divert the traffic to save the crocodile from being crushed.

It is often observed that with the start of monsoon, the city starts witnessing crocodiles crawling on the main roads, leaving their presence from Vishwamitri river. They are often found roaming on the societies pathways and even inside houses. In one such case members of GSPCA caught a five foot long crocodile from Makarpura area and handed over to forest department. 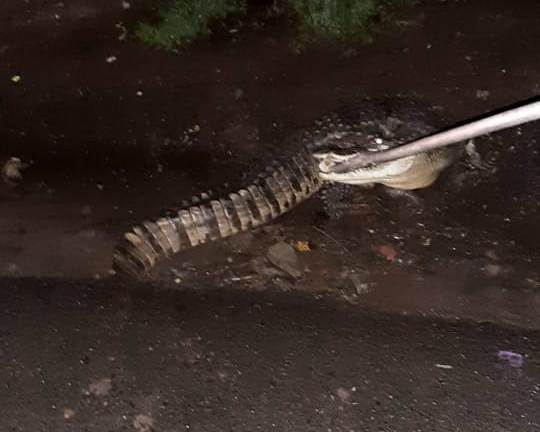 As per details given by Raj Bhavsar of GSPCA they received a call about this crocodile seen on Makarpura Jijamata road on Friday night. Their team reached on the spot and caught the crocodile which was around five foot size.

The locals started diverting the road to save the crocodile from being crushed under the passing vehicles. The team later handed it over to the forest department.