Home > Education > GS, VP along with 10 others detained
Education

GS, VP along with 10 others detained 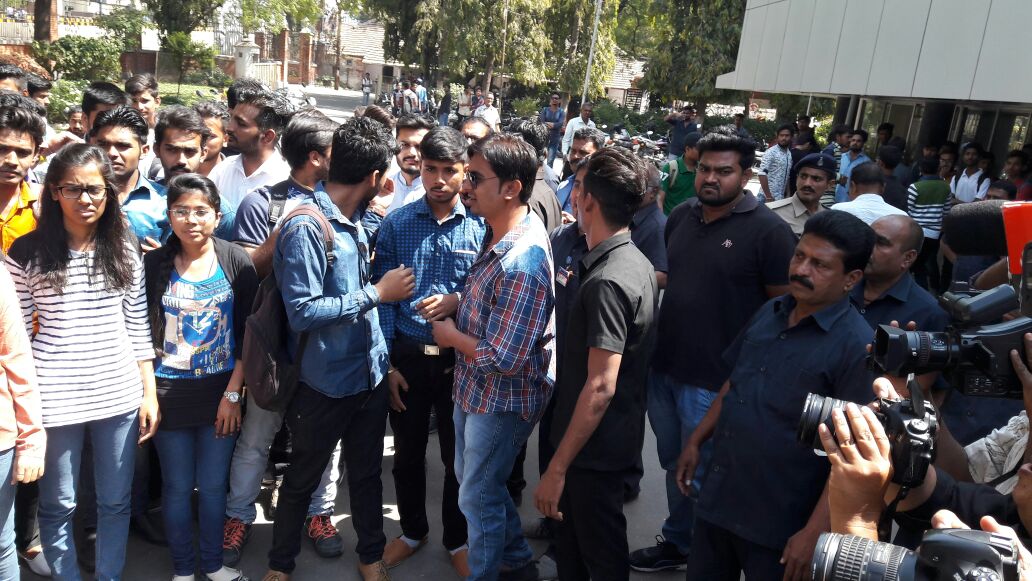 After the ABVP and NSUI supporters clashed on Monday the University General Secretary (UGS) and Vice President (VP) went to give a memorandum to the Vice Chancellor on Tuesday.

However before they do the vigilance team intervened them and allegedly pushed the girl students of NSUI which angered the other students and they clashed with the vigilance team. The police detained UGS and VP and 10 others for this matter.

On Monday the NSUI and ABVP groups clashed after the later came to the Commerce main building and tried to protest for the Ramjas college incident in Delhi. Both the groups clashed and involved in Physical fight before the vigilance and police team arrived and control the situation.

On Tuesday GS Hitesh Batra and VP Priyanka Patel along with other supporters went to meet the Vice Chancellor in view of the yesterday's incident. However before they reach the vigilance team intervened and stopped them. The students shouted slogans and tried to move but they were stopped once again by the vigilance and that lead to pushing between both.

Before the incident take any ugly turn the Sayajigung police detained GS Hitesh Batra, VP Priyanka Patel along with 10 others from the spot.

GS Hitesh Batra said that in the Monday incident the NSUI is not responsible as they are only trying to stop the ABVP supporters not to shout slogans as the exams are underway. But they clashed with us.

He further said that on Tuesday they went to meet the VC to aware them about the incident but the vigilance team stopped us and pushed the girl students. To represent is our right and we will do that. If possible we will also go one step further.