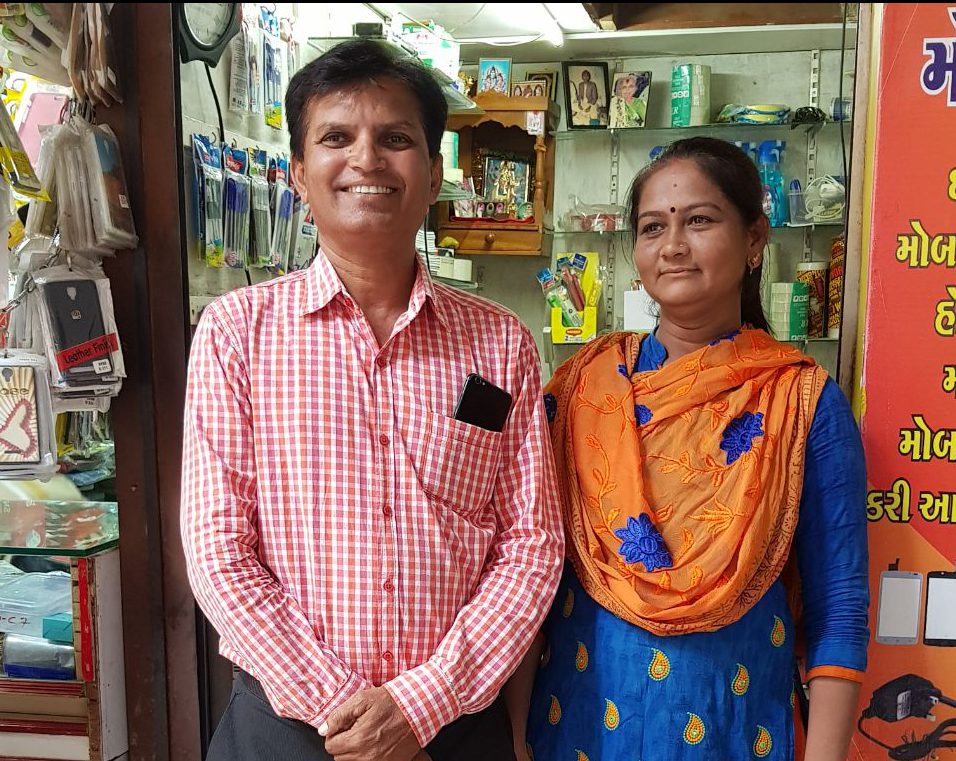 It’s a dream comes true for Gopal Gohil a BJP member from Vadodara after Prime Minister Narendra Modi called him on Diwali day and extend his wishes to him and his family. What is more memorable for him was when PM Modi mentioned him in his official Twitter account. Gohil is general secretary of ward 13 in Vadodara.

Everyone on Diwali waiting for the messages and calls from their friends and relatives. However for the Gohil family in Vadodara they are eagerly waiting for the call from none other than Prime Minister Narendra Modi. After a long wait when the call finally came it’s like a dream comes true for them. Gopal Gohil who is associated with the BJP for the last 15 years can’t believe his luck as the PM Modi himself talked to him on phone. 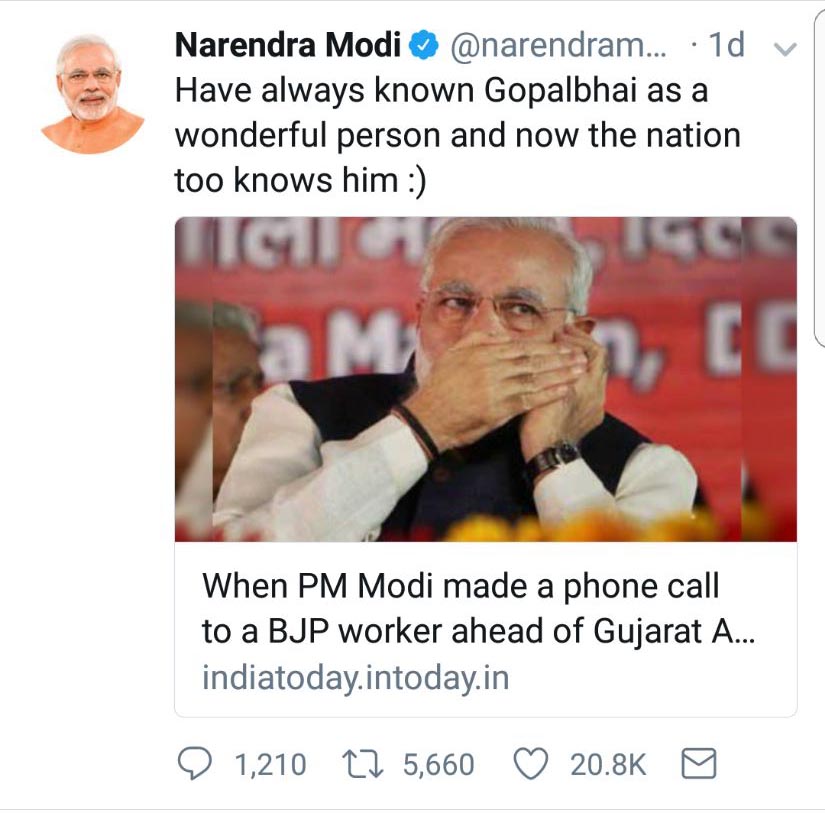 “Around 4.30 pm on Diwali I received the call from PM Narendra Modi and he extends his wishes to me and my family. He asked me about my work and gives the mantra of Vikas. He also said that we are on the strong wicket and on the path of truth. It’s a opportunity of a lifetime as I never talked to him before although I am associated with the BJP for the last 15 years,” said a jubiliant Gohil.

He said the programme on the day was to interact with 25,000 BJP workers from Gujarat at the same time. In between four lucky ones had the privilege of talk directly to PM Modi and he is one of them from Vadodara. He said the memorable moment was when PM Modi mentioned him in his Twitter account.