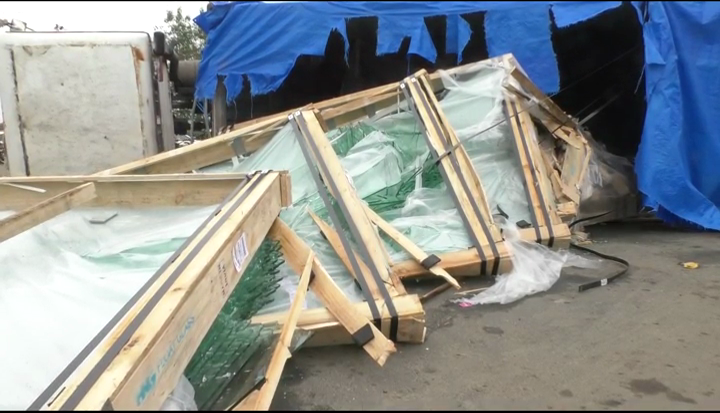 Early morning on Thursday a truck laden with heavy building glasses turned turtle near airport circle resulting in the loss of lakhs of rupees. However there was no life loss as it happened early in the morning and the area is one of the busiest places in Vadodara city. 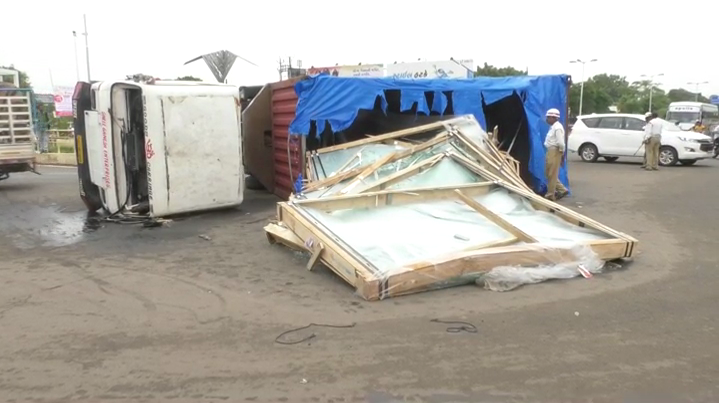 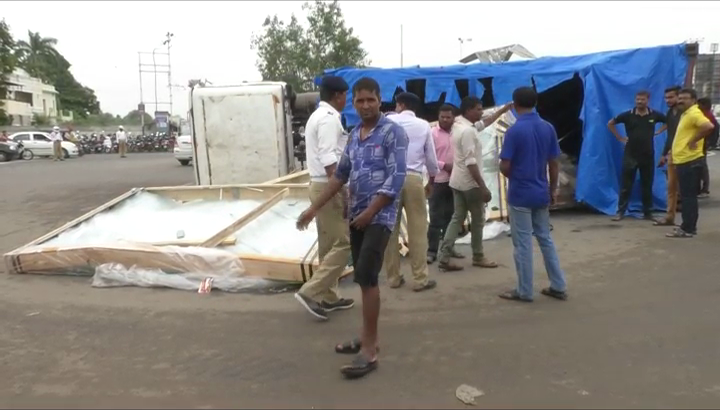 Traffic was disrupted on the road as the container was not shifted from the accident spot. The traffic was later cleared after police reached the spot.