Girls made it maiden in MSU 66th Convocation 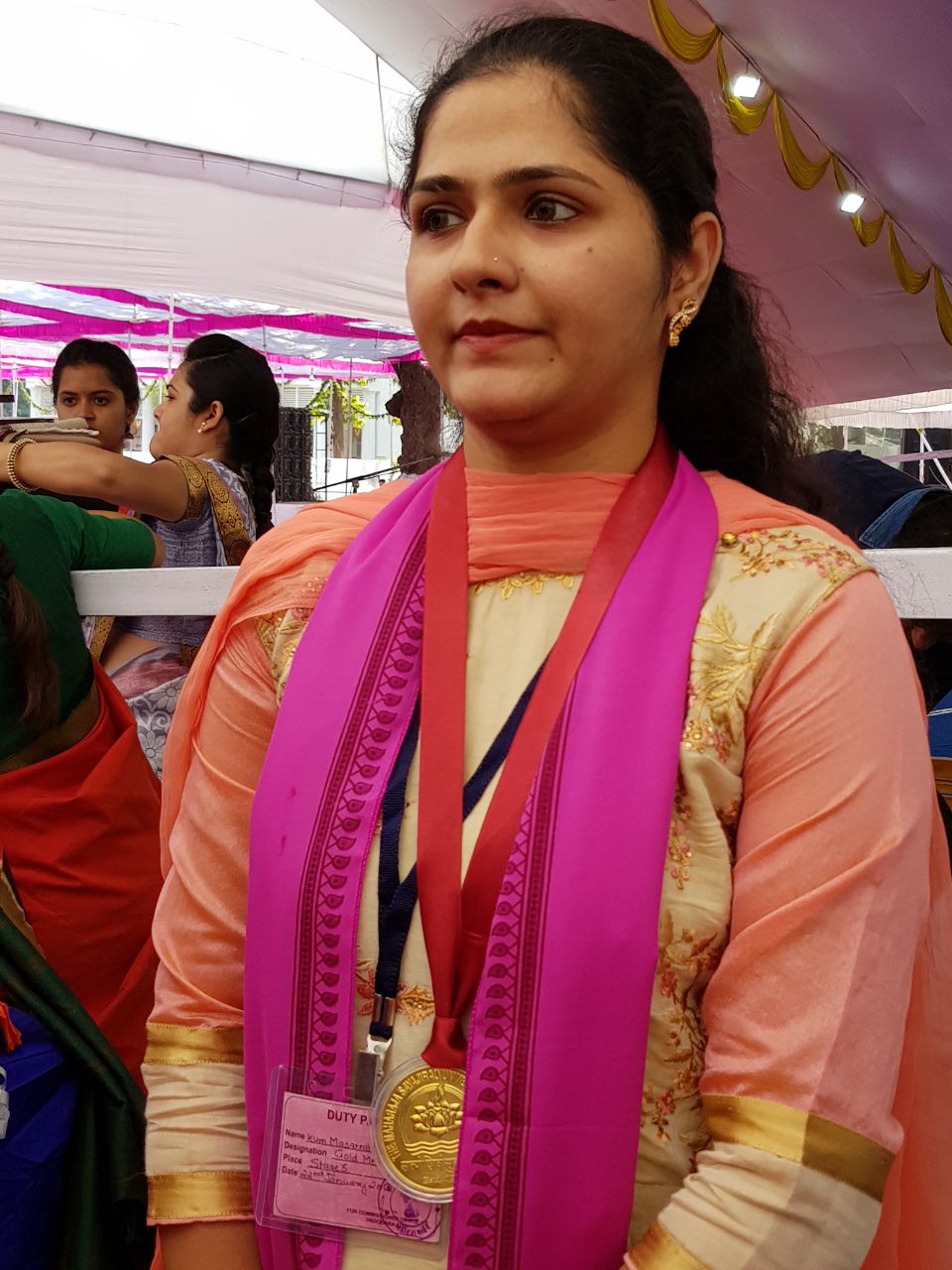 It is a moment of lifetime for Masarrat Surti who received gold medal from Indian president Ramnath Kovind at the 66th Convocation of MSU Vadodara. She is the only one chosen by the university to receive the medal from the President as rest of the others received their medals later in the day.

Masarrat Surti received six medals in M.Com, she thanked her family for all the support and encouragement which made such a moment possible for her. 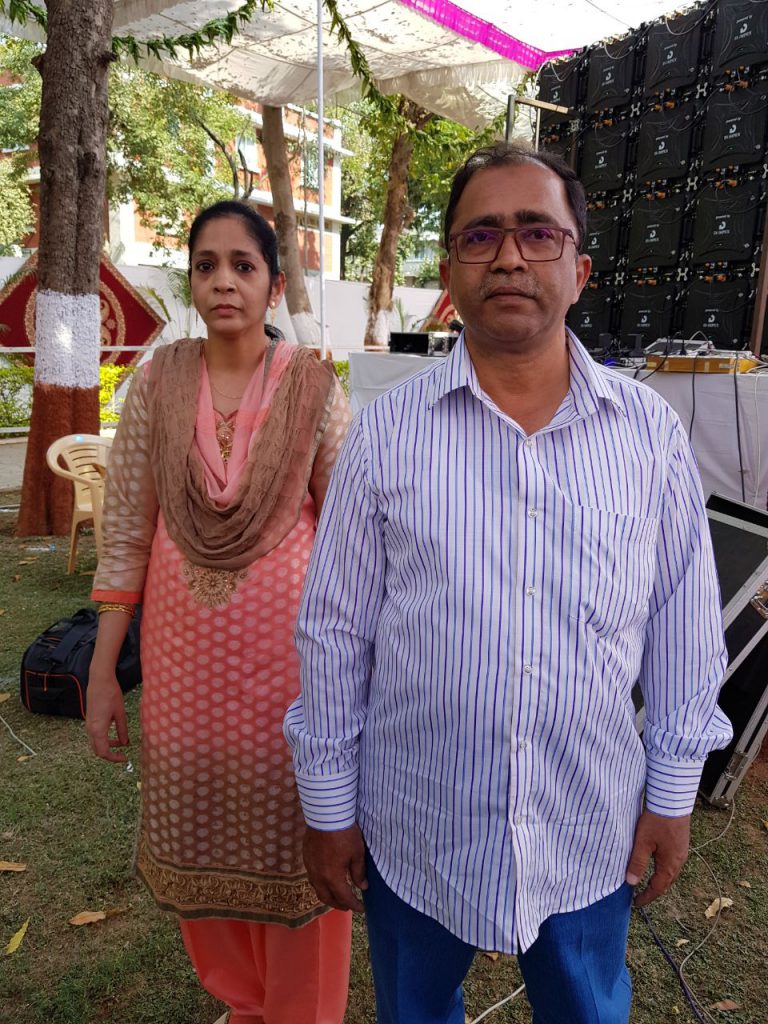 Her father Mehboob Surti is in embroidery business and always supported her in education. "I feel proud of her as she makes possible such a moment for them. She was a ranker in the school and was serious about her education. She makes us proud after received medal from the hands of President Ramnath Kovind," said Mehboob Surti.

In another one such story two twin sisters had their schooling in corporation school received gold medals in Sanskrit. They want to become teacher and gets admission in B.Ed. 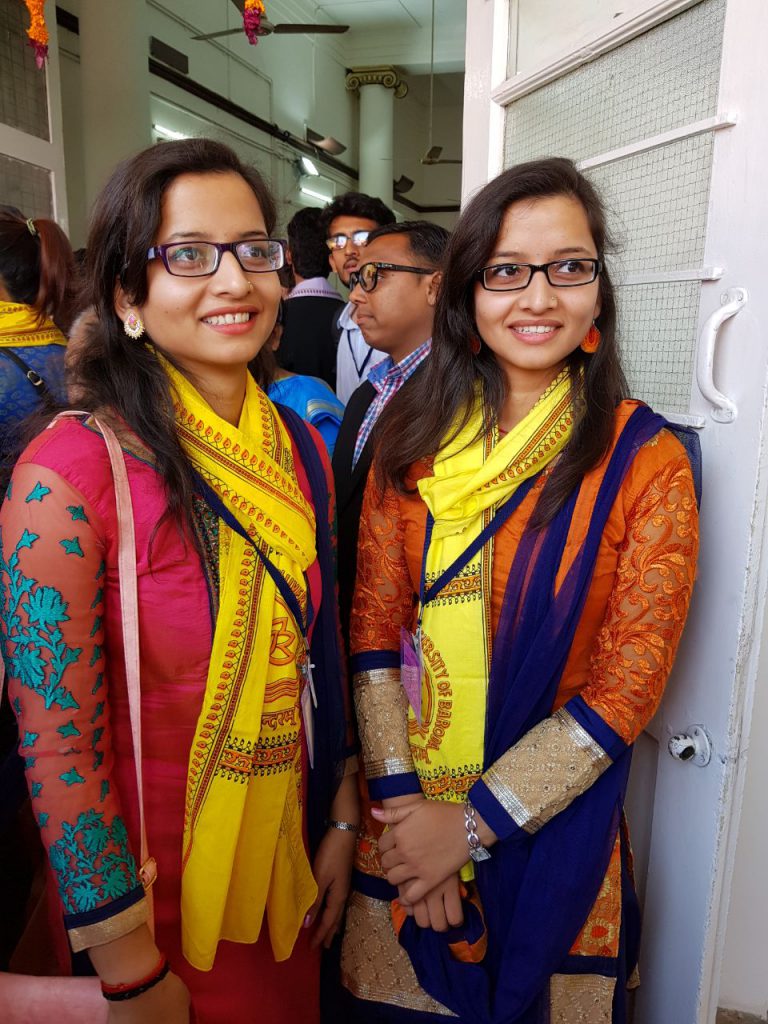 Jyoti Tiwari received two and Kirti Tiwari gets one gold medal in the 66th Convocation of MSU. Daughters of provision store owner got the inspiration from their elder sister and thanked her and the family for all the support.

Originally from UP they born and brought up in Vadodara and studied in Shree Virbai School in Salatwada till 7th and then completed schooling from Sharda Mandir School.